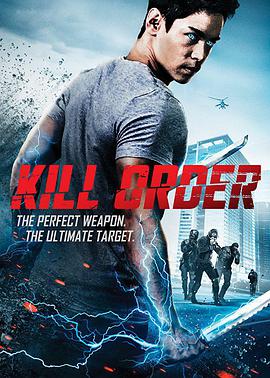 David is being questioned in class

afraid of losing face in front of the girl she has a crush on.

They only abducted David

asking the other students to leave.

David was in extreme fear

A confusing and terrifying memory surfaced.

He kills five SWAT officers in a rage with blue eyes.

several agents are in hot pursuit.

They are working with the SWAT team.

By pressing the teacher

Knowing that David is dependent on his uncle

probably went looking for him.

they went looking for him together when the two were together

The uncle was caught

prepared an escape suit for David.

David was about to run away

but the confusing memories came back.

It was as if he was trapped in a white space

Being subjected to an experiment

Then a mysterious killer fell from the sky.

David asks who he is but gets no answer.

Not saying a word, his eyes were sightless

David blocked the knife with his hand

In the midst of extreme fear

The wound heals much more strongly.

300 rounds with the killer

In the original film this is really a big fight

Both sides of the knife fight lasted a full five minutes

You can see that there are special martial arts instruction

If you like knife fighting, you can go to the original film

First of all, David has a mysterious power

Secondly, the killer is fierce to the point of morbidity

Even when he is wounded and dying, he still has no intention of retreating

There was only one player left.

Inside is the "uncle" years ago confession video

He wasn't really an uncle at all.

He was a geneticist for a multinational organization.

It started an experiment that would allow people to draw power from the spirit world.

To do so, a group of orphans were chosen as experimenters.

David was one of the first.

All the orphans had their memories erased and most of them died during the experiment.

David was one of the lucky few.

Before he flashed back to the memories of the experiment

Those SWAT agents killers are also the agency's henchmen

Maybe he wanted to ask for help

The two just met when a new killer arrived unexpectedly

When David was beaten, he awakened again and made a 55:00 match

Just in time ... and the previous killer shot dead

In fact, I have long wanted to complain about their killers seem to pay too much attention to physical skills

Shooting class is too serious water

Look at them after the bullets and become physical combat

David was pressed to death by two people

Once again, the blue light in his eyes awakened higher ability

The fight was another full 6 minutes

After a good fight, the killers still die hard

David then killed them all

All the killers who appeared just now

They are incapable of thinking and obey orders unconditionally.

They kill whoever they are told to kill.

The agency has five top leaders but none of them appear in the whole film.

There is only one middle leader, Mr. Takashi Fuji, who calls the shots.

He also has a man named Yin has been insubordinate

Recently Yin has developed a new type of killer

Like David can absorb the power of the soul world

He therefore broke with Mr. Fujitaka

And look at David's side

He ran around with his white sister for 100 days.

He finally found a place of refuge at night.

It seems that Shirayuki is not only physically amazing

But before he could finish his sentence

She was shot dead.

After all, the SWAT team came after him.

They used smoke bombs as a cover to hypnotize David and take him back to the institution.

David woke up and was locked up with his uncle.

Yin was the mastermind of the attack.

He had strange eyes and probably made strange changes to himself.

We know that David's experiments were led by Mr. Fujitaka.

Yin might want to use the experiment to get ahead of Fujitaka.

However, the uncle vowed not to disclose the experiment data.

Yin lost his patience and shot his uncle.

He ordered his men to brainwash David with electric shocks

He left by himself.

Unfortunately, just as he left the house

He ran into Mr. Fujitaka's men right in front of him.

It seems that they are ordered by Fujitaka to come here to eat the blackmail.

Yin didn't panic and told his men not to shoot

He took off his sunglasses

He tapped the ground with his cane and a wave of energy hit the police.

Yin flashed to the back and killed them in seconds

I guess Yin really transformed himself to gain superpowers

Look at David's side

He entered a world of consciousness under electric shock

There is another him

In fact, that is his dark personality cruel but strong

There's an interesting conversation between the two of them.

David himself complains that he doesn't want to feel any more pain.

The dark personality encourages him by saying

Pain is inevitable and suffering is optional

Haruki Murakami also said this in the early years

Not a letter out of place

I wonder if this film is a tribute

And he fought with Yin's new killer

The other side, after all, is a machine without emotion, even if it hurts again, it does not flinch

Finally, hang David up and beat him.

Pain is the source of David's strength.

Encouraged by his shadowy character

He once again emerged blue light to kill the new type of killer.

His one blue eye glanced normal.

Perhaps this means he has been able to choose hardship

to control this once out-of-control force.

Faced with a smoke-filled city, he escaped the clutches and resolutely took to the road.

There will be more hardships ahead.

But he will make good choices

And turn them into his own power.

Well that's it for today's episode

This article was published by the #author at #Time on the #website name, if in doubt, please contact us.
本文链接：https://www.toomic.com/movie/77.html