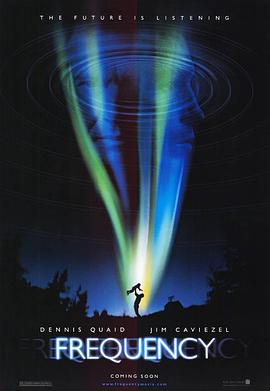 Surprisingly contacted his father who died 30 years ago

Working with his father on a murder case

Johan is a police officer

In the sky above his city

There is a sky full of aurora sky

The last time it appeared

It was thirty years ago

His father was still there

The happy days of a family of three

Was destroyed by a fire

His father, who was a firefighter

Died in a fire rescue

On this day, a good friend brought his son to play at home

Inadvertently turned up thirty years ago

Among them was a moneyless radio

But the radio did not respond

When his friend left

The lonely Johan looked at his father's

He heard a man's call on the radio

A man's call came over the radio

The old radio was still working

So he made small talk with the other man

To his surprise, we hit it off very well

Live in the same district

But before we could talk more

But the signal was suddenly cut off

And the other end of the radio

It was Johan's father, Frank.

His father, Frank, was killed in an accident.

When he returned home, Johan

received a call from the other end again

It was the same man from last night

And it was during this conversation

Johan found out the identity of the other party

This person who was chatting with him on the radio

was actually his father from 30 years ago

They used the Aurora Borealis and the radio

They were communicating across 30 years of time and space

But Frank didn't believe anything that Johan said

Because if what Johan said was true

Then he would die in a fire tomorrow.

He thinks that John is a psychopath spying on the family.

Pick a path you wouldn't have taken

and you won't die.

That's when the signal suddenly went off again

A frightened Frank was in a state of shock

The details of what Johan said last night - proved

He chose a path that was not his instinctive choice

And that's how Frank came back from the dead.

Memories that did not exist

Memories of a father who had been with him longer

From his best friend's mouth, he learned that

This means that his father really did escape the fire

Johan managed to change the past

In the evening, father and son connected again

They talked all night long

But then something strange happened.

In all the family photos after the fire

His mother was not in any of them

Called his mother who was recuperating at home

The number also pointed to a stranger

Trying to use his authority to find his mother

But the first thing he found

The case file of the 30-year-old serial killer case had been changed.

Originally, only three people died in the case.

But the number of victims changed from three to ten.

And one of the victims

was his own mother.

He rushed to contact his father at the right time

It was easy to protect his mother privately

But there were many more victims

Will die because they changed history

To save those innocent victims

Frank was informed by Johan

The specific time and details of the killer

However, Frank, a full-time firefighter, only made one move.

On the second time, he was attacked by the killer

His life was in danger.

Fortunately, someone found it.

But the killer took the papers from Frank's wallet.

He rushed to the home of the woman he was supposed to protect.

But the woman had already been killed by the killer.

When he returned and explained the situation to Johan

Frank was worried that the killer would use the papers

He was worried that the killer would find his wife and young Johan through his papers.

But Johan found the details

Based on all the previous facts, he had a sudden idea

instructed his father to hide the money bag

and in the reality of thirty years later

Using the fingerprint identification technology only available in this era

He was able to locate the murderer

The murderer is also a police officer

Because of the direction of the investigation

The chain of evidence continued to improve

Exposed the identity of the other party

Tell him to wash his neck and wait

He left Frank's driver's license behind.

The first suspect of the serial murder case

In the police station

Frank identified the killer to his friend

At first, his friend was confused.

How do you know

He told me over the radio.

My friend was speechless on the spot

To prove that he was telling the truth

He told his friend

My son had told me the results of the World Cup

Even the details were explained

However, this angered his friend

The friend decided to talk to Frank's wife

Just as the friend was leaving

The murderer, who was a policeman

walked into the police station with a straight face.

The killer came into the interrogation room and tried to kill Frank to silence him.

Luckily, a police officer found him.

The killer didn't get away with it.

However, the killer was protected by his status as a cop.

So the other officers ignored Frank's

"serial killer" to call for help.

The killer was in no hurry to leave.

He was watching the World Cup with the other cops.

Looking for another chance to kill.

Frank used his knowledge of firefighting

He used electricity to stun the killer.

Looked through the killer's ID

Got the address of the killer

According to the description provided by Johan.

All the victims of the murders back then

All of the victims of the murder had lost their jewelry.

Frank believed the killer had a penchant for keeping "trophies"

And hid it in the home where the killer thought it would be safest.

After deliberately setting off the fire alarm.

Frank took advantage of the chaos and escaped from the police station.

He infiltrated the killer's home.

Sure enough, he found evidence of the crime.

But he was also found by the killer who came after him.

Knowing that he was exposed, the killer

He chased after Frank.

When he reached the river, he was pulled into the water by Frank.

The murderer was caught and killed by Frank under the water.

At that moment, my friend also found out from the TV

He rushes to bring in the police.

They found evidence scattered around the killer's house.

And finally there was an end to it.

The magical aurora borealis is about to disappear.

He finally connected with his son before the aurora disappeared

However, Johan told his father

The young killer who did not drown in the water

Sneaked back to Frank's house and took young Johan hostage

In the present time

Johan is spooked by a snake

An old murderer who wanted to kill

At the critical moment

The voice of the old murderer came over the radio

Little Johan is successfully rescued by his mother

The murderer is also killed by Frank.

The one who fired the gun

was actually his old father

Thirty years ago, his father

Quit smoking on his own advice

He is alive now

Has a father in his own timeline

They don't need the radio now

No longer need the Aurora Borealis

Someone you still miss from time to time

If we could get in touch with them

What would you say to them

This article was published by the #author at #Time on the #website name, if in doubt, please contact us.
本文链接：https://www.toomic.com/movie/80.html