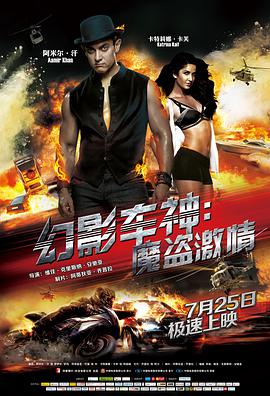 Have you ever seen such an advanced motorcycle?

It can not only walk the wire

But it can also go up to the sky like water

Today we bring you this

In other words, on a snowy Chicago street.

Our hero, Big Dummy, has just been in a pawnshop.

Changed some money to go home.

But was a group of street punks on the eye.

Came up to rob him of his money.

He grew up in his father's circus.

With his nimble posture

Soon got rid of the thugs.

He quickly ran back to his father's circus.

Intending to give his father the money he had changed.

He did not know that his father's circus was facing bankruptcy.

And owed a large sum of money to the bank

This money can not save the circus at all.

That day, the bank president, Uncle Blackheart, came to the circus.

He wanted to compulsorily buy the place

Father wanted to save the circus with a wonderful show.

But he didn't know that this would be the last show.

No matter how hard they tried.

Big Fool has become a more handsome man than me

A wonderful revenge plan is launched

The old man is begging on the street

But no one gave him any money

At that moment, the sky was scared of dollar bills

The old man looked up and saw

Outside the bank wall and ran down

The old man was dumbfounded

At this time the police soon arrived

Just see the big fool into a car

The next second the car door directly exploded

He drove out on a cool motorcycle

He rode the motorcycle all the way

The police car chased after him

When he encountered a big truck in the way

The big fool directly a 180 degree drift on the ground

Soon there were four more cars in front of him

He pressed the button and stood on the motorcycle

Surprisingly, he escaped from the police car

Then he ran into the garage

The police soon surrounded the place

Just when everyone thought he had no way out

The big fool directly gave the police a motorcycle show

The police below were stunned by the tightrope walk

In this way the big fool successfully escaped the chase

Then came the sound of roar

A handsome small tricycle out of the wall

The genius police detective Lao Shuai shines on the scene

He picked up the long stick on the ground

He spun around with the magic of love

The gangsters were beaten to the ground

Old Marshal ran away on his broken tricycle

The gangsters behind him kept on chasing after him

But the other side did not speak of martial arts

Fortunately, Ali drops down from the sky with his motorcycle

The two of them worked well together

A few taste rub to solve the gangster

Then the gangster came down from the sky

The next second the old handsome directly open

A flying punch to send him home

Next we return to the Chicago side

The main character, Big Fool, used the money he got from the robbery

All that's left is a female partner.

Then a woman in a hat runs onto the stage

Her name is Xiao Mei

Her performance is very special

She lost her clothes as she danced

And after the robbery

All will leave a mysterious pattern on the wall

They found Old Marshal and Ali

To help the police investigate the robberies

Directly in the media to mock the big fool

He wanted to send him to jail

Pretending that he knew who the thief was

And also with the old marshal to work together

But the old marshal did not know that this

Everything is in Dazi's plan

This day Ali was calling to meet a girl

But soon it rained money from the sky

At that time, the security guards were chasing Dafuq.

They chased him to the roof of the building

Do you think he has no way out?

He just pressed the button

Directly a bouncing take off

Soon he landed on the ground along the wire

Then he drove away on that cool motorcycle

But soon Ali blocked the way

And then continued to hide the car

The police car pursued him

Soon they surrounded him.

He was surrounded in the middle of the bridge

At this point the police took control of the bridge

Trying to block his last way out

Is this how he was caught?

nonono you guys think too much

The motorcycle tires are smoking

He drove the motorcycle to fly in mid-air

In the process of falling directly start the transformation mode

The moment it fell into the water became a motorboat

What a guy! This wave of operation directly full marks

Who knows where to buy this motorcycle?

Then the police and helicopter

They were in hot pursuit of Dafu

He was about to catch up with him

He turned into a submarine

But in the end the big fool still managed to escape

But when he took off his shirt

Old Marshal found no wounds on him at all

He could not believe it

He also brought in the metal scanner

The results still did not find anything

What the hell is going on here?

The big fool came to the secret room

In front of a mirror and sat down

But a closer look you will find a body wound

So they are a pair of twins

Although they look the same

But the two idiots are really a bit stupid

The existence of the big fool's brother, the second fool

He is also the biggest secret of the circus

After many failed arrests

Old Marshal and Ali were fired directly by Uncle Blackheart

But they felt that they returned without success

So they decided to investigate the circus secretly

That day, Old Marshal disguised as a worker into the circus investigation

Sure enough, he found out the secret of Big Fool

So he secretly approached the second fool

He kept on getting close to him

The silly fool was not the least bit defensive

He soon took Old Marshal as his friend

He told him that Xiao Mei liked your brother

After hearing this, Ertuan left in a rage

He found the big fool asked himself to perform a show

After the show, he was ready to go out with Xiao Mei

But Big Dummy forbade Erdi to go out

So the two brothers turned against each other.

He pretended to be Erdiu and met him

So he took off his disguise

He persuaded him to turn himself in with his brother

This idiot in front of him is not real

After a handsome shrug of his shoulders

Just at the moment when his life was in danger

Old Marshal's little sidekick Ali arrived in time to save him

Big Dummy went back and told Two Dummies about the situation

They decided to do a big job

They were determined to bring down Uncle Blackheart's bank.

That night, they infiltrated the bank early

They set up the bomb

Then they pressed the button

Then they rode their beloved scooters

Ready to escape from here

Soon Big Fool and Two Fools came to a ferry

They drove the motorcycle directly

They rushed to the platform of the boat

However, Old Marshal and Ali were no fools either

They flew onto the platform and blocked them up

Old Marshal and Ali were very proud of themselves

They thought they could not escape

But the next wave of action

directly made them look silly

The two of them took off after blasting the throttle

They escaped before the eyes of the police

They fled to a dam

Now they were really at the end of their rope

He said that all the plans were made by him alone.

This has nothing to do with the two idiots.

Ask the teacher to let go of Er Fool

Then he flipped over and tried to commit suicide by jumping off the dam.

At the moment of crisis, the Second Fool clung to the Big Fool's hand.

He would never let go.

They held each other's hands and fell towards the dam

After their many plans

Uncle Blackheart's bank had no credit at all

But do you think Big Fool and Two Fools are really dead?

Later, they went into hiding.

Became the owner of the circus behind the scenes.

It was the perfect crime.

I don't think they were thieves

Rather, they were magic thieves!

This article was published by the #author at #Time on the #website name, if in doubt, please contact us.
本文链接：https://www.toomic.com/movie/95.html