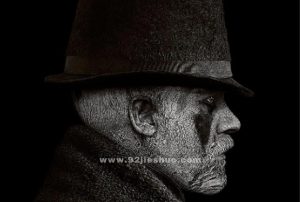 Mrs. Gillis is at the church for the funeral of her father Delaney

Mrs. Chris is surprised by the arrival of an unexpected guest

The man is clearly her brother.

A man who had long been dead.

After the funeral, Chris caught up with the man.

And found out that it was indeed her brother James.

Delaney's lawyer told James that according to his father's will.

James was to be given a piece of dangerously barren land in Africa.

They thought they would get the land in Nootka that Delaney had left behind.

But the return of James went awry.

So they investigated James thoroughly

James was a brilliant man.

He excelled in the military academy

He had also worked for the East India Company

Did a lot of crazy things

The two of them start catching up.

They talked about the land in Nootka that Delaney had left behind.

Brace wanted James not to take over the land

lest it lead to trouble.

But James is determined.

Trying to find some clues, but finding nothing.

All he knows is that Sawit, the lawyer, tried to buy his father's shipping company.

Found it had been turned into a brothel.

Chris's husband wants Chris to go to James to ask for the land.

Ibbotson had helped the Delaneys raise a boy.

But instead of thanking him, the old Delaney often threatened him.

Ibbotson wanted James to ask for payment for his previous support.

James had his father's body exhumed with the intention of performing an autopsy.

He suspected that his father's death was unnatural.

Experiments also proved that Delaney had been poisoned.

The letter from Mrs. Chris didn't stop James from inheriting the land.

James sent the money to Ibbotson himself.

He took another look at the boy from afar.

James went to the East India Company office with the intention of negotiating with them.

Nootka was located right between the border of the British and American colonies.

It was very strategically important.

So the East India Company wanted James to give up his land.

So the East India Company wanted James to give up his land, whether it was to motivate him with national glory.

Or enticing him with money.

James received a letter from his sister.

This article was published by the #author at #Time on the #website name, if in doubt, please contact us.
本文链接：https://www.toomic.com/teleplay/43.html

下一篇
Explanatory text of "The Penetration Era" After the movie