The legend says that the Chinese Dragon King can grow tea leaves from his eyelashes. Some sorcerers are interested in controlling the villagers with witchcraft. The main character, Grimm, discovers that the Russian Tsar is an impostor and saves the real Tsar together with the Chinese he meets on the way to China, eventually relying on bravery and resourcefulness, good triumphs over evil. 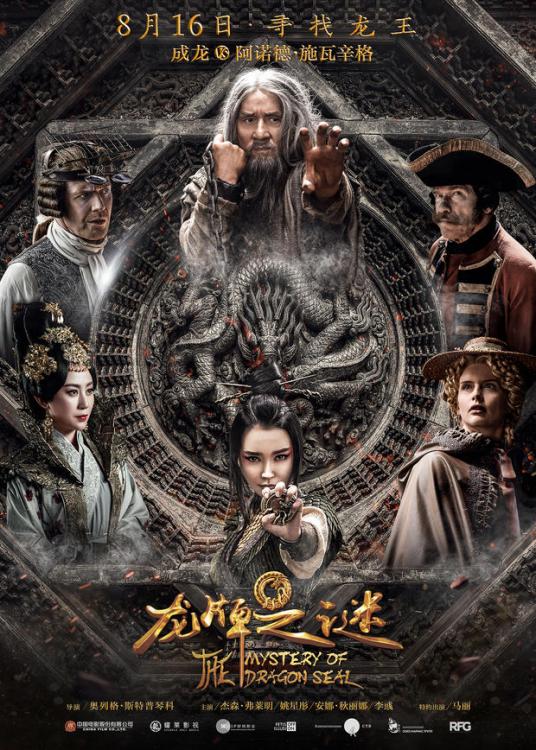 The mystery of the Dragon Brand: the Dragon King's eyelashes grow tea leaves! The imagination is too rich text: Tian Jin Shuang domestic animation film "Nezha's Magic Boy Descending" has become a summer dark horse, this summer's movie market appear well spurts of momentum. The first is "Nezha's Magic Child Descending" to grab the line, followed by Jackie Chan and Schwarzenegger on August 16 with "The Dragon Puzzle" running at breakneck speed. What is interesting is that although these two films also have the image of "dragon", but the style is very different. I personally think that if you've seen Nezha, it's pretty cool to see Jackie Chan's "dragon" again. What I like most about watching "Nezha the Magician" are the funny lines, such as, "I'm a little demon, free and easy, I kill without blinking, eat without salt, seven or eight bites, my stomach is bursting, I go to the toilet to take a shit, and I forget to bring paper." This line, the first half of the sentence seems to be ruthless, but the heart of a child, the second half of the sentence seems to be a big piece of food, but it is hilarious, laughing.

For example, my best friend Wang Mei Mei watched it twice and was happy to do Nezha his sister. Ha ha ha, this is the charm of imagination in film and television works. Look at Jackie Chan, Schwarzenegger and others starring in that "Dragon Puzzle" is also the same. You have seen the Dragon King sleeping, eyelashes to the ground can grow tea leaves? The film, the four magicians, Western pixies, the real dragon eyelashes grow out of the tea set, very imaginative. I have to say, "the mystery of the Dragon" the film is full of various ideas, people are amazed. The Mystery of the Dragon Tag" is about an ancient oriental legend - the Dragon King sleeps with tea leaves growing out of his eyelashes, and the Dragon King seals his magic in the Dragon Tag and gives this power to a white magic master (Jackie Chan) and his daughter, Cheng Lan (Yao Xing Tong), who take care of his eyelashes. The evil black magician put the white magic master and Cheng Lan into an exotic prison, the dragon king also fell into a deep sleep, the vast number of villagers living on tea from now on in deep water ...... in the film, Jackie Chan played the mage lost the dragon card, was put into an exotic prison, the prison gathered all kinds of mysterious people. The role of Schwarzenegger, who happens to be the prison warden. In order to find the Dragon Tablet to escape from the prison, the war with the warden is naturally imminent. In terms of the film's story text, the story looks very Chinese, but the style is westernized, more or less giving a "Grimm's fairy tale + Chinese folk tale" to plot to whet people's appetite for the final happy taste. Obviously, the film's creators intend to use the performance of the Chinese and Western wall to embrace more audience groups.

After all, curiosity killed the cat, curiosity is human nature. This is true in all times and in all countries, and it is also true for Chinese and Western audiences. What's more, "The Mystery of the Dragon" is originally a very imaginative fantasy adventure blockbuster? Smooth to say again, this "Dragon Puzzle" is actually the "Devil's Spirit" sequel, except that the former "Devil's Spirit" in the evil spirit with a long upper eyelid, lift it to see through the soul, and in this "Dragon Puzzle", the Chinese Dragon King eyelashes can grow tea, and tea? Sell it and you can make a lot of money! So, a fantasy battle with the tea related to the opening! You know, tea and porcelain are the ancient civilization of the East - China is proud of the object. But the journey of the spread of tea is sad, from the Silk Road to the Opium War of the Qing Dynasty, China from the glory to decline. It is said that it was because of the tea trade that day that the East India Company's opium trade was invoked. At that time, the Qing Empire went from strength to decline. A little earlier, in the late Kangxi or early Yongzheng years, when the Qing Dynasty was at its peak, it was the middle of the Kang-Qian period. Green really saw the Chinese Dragon King, or he saw him in a dream or a vision, and was surprised by him, and even submitted to him. But you know what? Similar to "Nezha the Magician" in which the little Nezha, who claims to "kill without blinking and eat without salt", awakens to save the world, "The Mystery of the Dragon" is also a story about the goodness of the heart and the goodness of the nature. The mystery of the dragon plate" there is a touching bridge: in the moment of the fall of the real and fake Princess Chenglan, the real princess did not go to grab the dragon plate, but first to save the injured elf, the fake princess although successfully captured the dragon plate, and ordered the dragon king to save her, but the dragon king did not follow her orders, so the witch fell into the abyss with the dragon plate. For the Dragon King, the existence of the Dragon Plate is only an external form, sincere feelings and loyalty is the key to start the heart - at this moment, the Dragon King to do is not completely obey the orders of the Dragon Plate, but the inner guidance. This is also the core of the film and the spiritual proposition of the film that touches the heart and is rich in humanity.

This article was published by the #author at #Time on the #website name, if in doubt, please contact us.
本文链接：https://www.toomic.com/movie/412.html