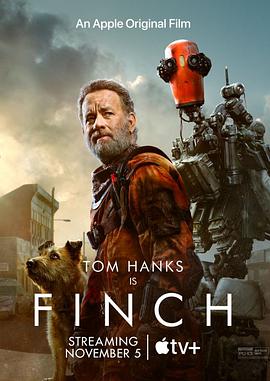 It's the end of the world in the near future.

The Earth quickly turns into a searing purgatory.

Plants and animals did not survive the disaster.

Sandstorms destroyed all the cities.

Hands were burned when they touched the sun.

There was also terrible bad weather.

It was like a super storm that could destroy everything.

A super tornado that swept through everything.

And Finch was living in such a post-apocalyptic world

He's also the only survivor in St. Louis.

Today it's customary for Finch to wear protective clothing when he's outside looking for food.

At this point, the indicator shows that the UV radiation has blown up

Except there were a few dead bodies inside.

Luckily for Finch, he found some dog food on the shelf.

After the search, he used to mark the door with red paint.

Indicating that it had been searched here.

After that, he would drive his modified earthmover.

Come to a top flying car of the wasteland world.

Look at the dense red markings on the map.

This city seems to have been scavenged by Finch almost.

At this time the weather is not good, super dust storm is coming.

Finch you need to step on the gas to get back to the shelter.

Solely at the critical moment he returned to the camp

Outside is a dangerous and desolate post-apocalyptic world

But back in his cozy home

But back at home, he has his dog to accompany him through the lonely nights.

How would a tech geek pass the boring apocalyptic life?

But first, we need to ask Dewey, the hard-working robot, to lend us a few eyes.

The program started and our chestnut-headed robot was successfully activated.

All functions are perfectly matched

The robot can even communicate with Finch without any obstacles

This makes the man very happy

But a sudden power outage broke the joyful atmosphere.

Finch had to climb up to the high wind turbine.

It really came in handy in this windy, post-apocalyptic world.

But a new and more serious problem came

That was the horrible superstorm in the distance.

Finch immediately returned to the lab.

He asked Chestnut Head to analyze the damage and cycle of the superstorm.

This mix of 15 weather characteristics of the super super storm

Would be here within 24 hours.

The duration is up to 40 days

Good man, 40 days of agitation, not to mention people.

Even a solid fortress will be blown into a crunchy shark.

Finch how to do it

Of course, first a bite of the long-suffering canned peaches ah

And then consider the retreat plan

The southern and northern parts of the United States have been destroyed by extreme weather.

The East Coast is fine, but there are too many cities there.

So Finch chose San Francisco in the west as the target location.

There was not much time left for them.

Not much time left for the fragile Finch.

He hoped that Chestnut Head, who had been fitted with limbs.

He hoped that Chestnut Head, who had been fitted with limbs, would learn to walk quickly so that everyone could leave in time.

And the little brother lived up to his reputation for being a quick learner.

But Dewey, who was borrowed the eyes, was a bit miserable

Today was a difficult day for Dewey the one-eyed dragon

Then one man, one dog and two robots set off

They are driving a modified 1984 Southwind RV.

On the way, Finch lamented the fact that the road used to be lush and green on both sides.

And now everywhere is covered with sand and dust.

This is the first stop after the spill.

Finch needed to teach Chestnut Head how to scavenge for supplies.

As a result, he found a bag of corn in this movie theater after searching and searching.

But even so, Finch can give Chestnut a show.

After a fierce race to the death

Now the only way to fix the RV was to fix it.

Nails are driven into the four corners and the car is secured with ropes.

Hammer or whatever is not needed

He knocked the nails in with one fist

He did the rest of the work

Finally at the last minute back in the car

But the post-apocalyptic tornado is really strong

The nails were pulled out of the ground by the wind

Everyone finally escaped a disaster

But the strict Finch forgot to bring a jack

So now how to replace the tires?

He needed to stop and rest.

It was clear that time was running out for the man.

The end-of-the-world trip was no longer a hope but the end of his journey.

Left alone in the car, Chestnut Head was getting restless.

He couldn't resist the urge to drive.

Without Finch's consent, he started the car.

He reached out his hand and burned Finch with the sun.

He wanted to tell the robot in front of him

You were made to protect this dog.

We are not companions and we are not friends.

And you're in the wrong place.

These words deeply stung the simple chestnut head, who was only two days old.

After getting back on the road, Finch also realized that he had gone too far.

Otherwise, the driving school would have to close down

In the evening, Chestnut Head asked Finch a question

Why don't you drive at night when it's so hot during the day?

But at night there will be a lot of uncertainties

In the end, it's the unpredictability of people in the post-apocalyptic world

There's no telling where.

There's a mob waiting for them on the road.

The next morning, Finch's condition worsened and he was unable to drive.

So Chestnut Head had learned to drive.

After a long journey they finally arrived at their destination in San Francisco.

So Chestnut Head felt it was time for him to take on the burden of the family.

Completely forgetting what Finch had told him last night about people's misery.

Because of his inexperience he ignored the anomalies in the building

At this time, the chestnut head of forgetfulness clothes have been put on

But the pirate captain Dewey children can not be good

Dewey, on the other hand, was caught in a trap and smashed to pieces.

When Finch arrived it was already too late

The poor, hard-working Dewey was killed in action

The poor, hard-working Dewey was killed in action, but the second-rate Chestnut Head was fine.

Finch found him in time to bring him back.

They had to get out of this dangerous place.

Chestnut Head may not understand.

But just as Finch had foreseen.

A car is on their tail.

And now Chestnut Head needs to get out of here all the way west.

By the time Finch woke up from his sleep, it was midnight.

He saw a car tailing them in the reflection.

You think so in the post-apocalyptic world is very dangerous

After the descent, he took advantage of the loss of sight of the following car.

Immediately let the chestnut head on the side road

But the tunnel in front of us is restricted in height.

Chestnut told Finch that our car was equipped with solar panels.

Definitely can not pass

But the panic-stricken Finch

Did not listen to his words

Panicked, he pressed the gas pedal with his hand and had to rush into the tunnel

The result is also predictable solar panels were smashed

The whole car was stuck in the hole

At this time, the car behind has also been getting closer and closer

The critical moment chestnut head again save the day

He relied on his strong mechanical strength

He pushed the whole caravan into the tunnel

The car that was following him had no choice but to leave because it lost its target.

The bad guys were gone but without the electrical system

Chestnut Head wants him to get his act together.

But the reality is that both his inner body

But the reality is that both the inner body and the outer environment have pushed Finch to the brink of extinction.

Back in the car, he tells Chestnut about his past.

As a workaholic, he was alone in the office on the day of the apocalypse.

This allowed him to escape the catastrophe

But in order to survive, humans only become beasts or cowards.

Finch, on the other hand, became a coward who hid.

He was scavenging in the supermarket for things left behind by others.

By chance, he runs into a mother and daughter.

The mother tells the little girl to shoot anyone she sees. It's the only way to go in this post-apocalyptic world.

But soon a man drives up to the mother and daughter in his car.

Finch just hides in the shadows and watches.

When the man left Finch to go check on them.

He found a little life in the girl's pink school bag.

This is how Finch's dog came to be.

It is reasonable to say that all creatures are extinct.

But this area seems to have been favored by God

The sun was shining on his face.

Finch couldn't remember the last time he had been in the sun.

He thought it would be a good idea to die here

Finch put on his white dress.

Sitting on a chair enjoying his last day on earth

Chestnut Head figured out why Finch came to San Francisco.

Because his father had written him a letter.

He hoped to meet Finch on the bridge.

The picture on the postcard is the Golden Gate Bridge in San Francisco.

And now these have become old Finch's memories

Chestnut Head said why don't we leave now and go to the Golden Gate Bridge?

It's only a few hundred miles away.

But Finch knew he would never see that bridge again.

Coughing up blood stained his tuxedo.

A final goodbye was said.

Finch's dog accompanied him to the last moment.

Their creator has left.

After the grief, before the day begins

Now there is only a dog and a robot left.

Find the answer to his life.

He hangs a memorial plaque under the bridge for Finch's dog and himself.

Unfortunately, Finch didn't even see the blooming flowers at the end.

The area near the bridge is no longer sandy and dusty

Instead, it was vibrant.

The bridge is plastered with contact information for survivors.

The last days may have changed the face of the earth and changed many people.

When the hope that all things will come back

Always stay in the scrolling code of Chestnutheadheart.

That's it for Fincher.

We'll see you in the next movie

This article was published by the #author at #Time on the #website name, if in doubt, please contact us.
本文链接：https://www.toomic.com/movie/363.html