The film "Robinson Crusoe", released in 2016, directed by Vincent Kostrut Ben Stassen, written by Dominic Paris, the film tells the story of a small animal dominated by the deserted island was broken by a storm quiet, &quot; uninvited guests &quot; Robinson and the animal islanders staged a ludicrous encounter. However, the invasion of the legions of evil cats on the island caused a huge threat, Robinson is teamed up with the cute pets to fight back, both sides fight wisdom and courage to make every effort and a lot of laughs, a battle of wisdom and courage to defend the home officially kicked off. 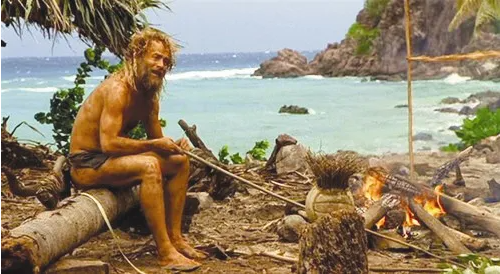 In this version, Robinson when swimming on that deserted island of various small animals have sung the lead role, Robinson himself also joined this camp, become a member of the indispensable or. In this super cute animated film, the whole film through the harmony between people and nature, animals, the way of nature, the transmission of kindness, courage, love and tolerance and other spiritual core, can be described as full of love. In the film, the former Robinson Islander and his animal friends have a mischievous and humorous tone to teach us that unity is strength! As a super classic IP cartoon, this cute version of "Robinson Crusoe" and the original and live-action film is very different, the story in addition to Robinson, but also increased the parrot "Mike", the rainbow "Luo Xi", chameleon "Carmelo", pangolin "fat brother", goat "Ah Mao" and other animal partners. By the way, there are two evil cats named "Jensen" and "Moldy". So far, the film "dream team" Robinson team and "the evil team" evil cat team two desperate plan strength of the camp in place, began to sell cute, competitive, fighting. Especially eye-catching is, Lu Islander these animals have their own characteristics, for example, the parrot called "Mike" is very rapacious, always like to be cute and cheap, but this and other animal friends have been living in the desert island, he has always believed that in addition to the desert island there is another world. For this reason, this natural dreamer like a scientist among humans constantly looking for evidence. But his animal friends always seemed not to believe in it until Robinson drifted to the deserted island. Robinson's timely appearance gave him more surprises. I even think that the cartoon called "Robinson Crusoe" is the story of two dreamers meeting. The fact is exactly the same, when Robinson and parrot Mike unexpectedly met, is destined to be the birth of a new world. In other words, the parrot Mike like to fantasize about a new world is actually another version of Robinson, the animals in Robinson. When Robinson wanted to explore the heart of the continent on the pirate ship at that moment, the parrot also imagined another beautiful world on a desert island. Therefore, Robinson and the parrot's encounter, more like two old friends reunited after a long time of unexpected encounters. Interestingly, in Defoe's original, Robinson rescued a captive from a group of cannibals, named "Friday", while in the animation, Robinson rescued the parrot Mike, the closest parrot friend named "Tuesday". It seems that when humans meet creatures in isolation, in addition to surprise and happiness, the first word that comes to mind is likely to be time. In front of nature, humans are really too small. In Defoe's original novel, the goat that Lu Islander had worked so hard to tame, finally died of old age. In the cartoon, the goat has become one of the main characters in the animal friends. The goat named "Ah Mao" usually rambling old man, although a presbyopia, but is a true eater, but this eater since the owner of the island with glasses to cure glasses, has become a loyal fan of the owner of Lu. In the film, the simple and cute animals, such as the cute and naive Bao Bao "Luo Xi", the quirky chameleon "Carmelo" and the hedgehog who likes to eat pineapples, work together to form a big family on the deserted island, which can be described as full of happiness index. However, if the film has been such a continuation of happiness, more or less lack of good. So, two lurking character bad cats "Jensen" and "moldy" quietly arrived, Lu islander and his animal friends newly built home once again becomes precarious. In the animation, the two cats are really evil, as if the evil witch and pirate "husband and wife". This "husband and wife" is easily reminiscent of "Wolffy" and "Wolffy" the star couple. However, Lu Islander and his friends united in a concerted effort to drive the couple of cats to an island full of bugs, the couple of cats finally gave birth to a large number of meow, leading a large group of meow to the Lu Islander they attacked back. In the face of the invasion of the legions of evil cats, Robinson Islander is naturally not willing to show weakness, and his cute pets to fight back, both sides fight with wisdom and courage to use all their strength, a battle of wisdom and courage to defend their homes once again kicked off. In the film, the story is very brainy, the plot is very nonsensical, a baggage after another, can be described as a variety of hot action scenes make people laugh and laugh, full of laughs. Compared to his film, this by Europe's most global box office appeal of animation studio NWAVE ("Wild Africa", "Moon Adventure", "Sammy's Adventure" and other films are from the team) to create animated films to give Robinson a new definition, so that this character more fresh and cute temperament. The final ending of the film, as we expected, the evil cat team all defeated, Lu Islander and his animal friends won a big victory. In the film, Robinson Bin and his animal friends are teaching us: more friends, more roads, do not harm the small animals - team is power!

This article was published by the #author at #Time on the #website name, if in doubt, please contact us.
本文链接：https://www.toomic.com/movie/452.html