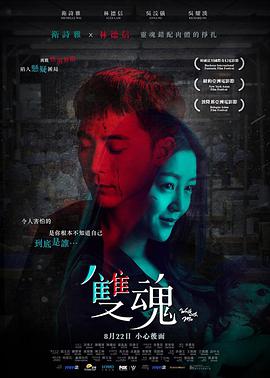 The girl dies accidentally at home.

The next day her soul

surprisingly appears in the body of a strange girl.

Her mother can't see her.

The girl's name is Lilly.

The police suddenly received a call from Lily's father.

saying that her daughter had died inexplicably.

After the police investigated

It was an accident.

Lily's parents could only mourn.

Then a funeral was held for their daughter.

The morning after the funeral.

When a neighbor went out for a walk

A strange girl was found in the field.

The other party had hollow eyes.

Seemed not in good spirits.

It was a cold winter

She was wearing only a thin nightgown.

The neighbor pretended to be kind.

On the way his eyes

Wandered over the girl's body.

Revealing the evil thoughts inside him.

The girl looked around when she returned home.

Feeling that she had been here before

Late at night and quiet

Looking at the girl's seductive appearance

Wanted to have something with her

The girl pretended to say yes

Then she grabbed a spoon from the side

Sneaks up behind her

The neighbor was expecting to write down what would happen

Before he could react

The girl took the spoon

and stabbed him in the neck.

The neighbor struggled a few times and then stopped moving

The girl went to nowhere

She came back home by accident

In fact, she was the recently deceased Lily

They claimed to be heavenly guides

They knew that Lily had died of injustice

So they gave her two choices

One is to live one more day as a human being

The other choice is

Lily could not leave

So she chose the latter

Her soul was transformed into her present form

She can move freely on earth

But for normal people

The soul is invisible

Only those who are very pure inside

Or extremely dirty people can see it.

When Lilly was reborn.

She lost some of her memories

She desperately wanted to know the truth about her death.

At home, her mother was asleep on the couch.

Lily sat quietly by the side

Her eyes were full of sorrow and anguish

Her mother couldn't even see her.

Lily sat for a while and then

got up and left the house in silence

She wandered aimlessly in the street

Her father was in a hurry

Lily followed behind him

The father heard a movement and turned to check

But there was nothing behind him

He couldn't see Lily either

Lily stood alone in the street, not knowing what to do.

A kind boy, Tom, saw her

Gave Lily a coat and put it on

And offered to take her home

Tom lived in a cramped attic

He thought Lily had no home to go to

So he kindly took her in

Tom was a child at heart.

He had no illusions about her.

In order to recover the lost memories as soon as possible

Lilly was a ghost every day

Wandering around the town

She passed by a house.

Inside, a little boy was playing a game.

Although Lily's body had become an adult.

But inside she was still a ten-year-old child

She is attracted by the game and sneaks into the house.

The pure-hearted boy saw her

He didn't hesitate to share his toys with her

Soon it was dinner time.

The boy's father came to call him for dinner

The boy asked his father

Can I ask my friend to come with me?

He smiles and agrees

At the dinner table, the boy's parents were talking and talking

They didn't pay any attention to Lily next to them

The boy kept his head down and ate.

At this moment, he had already noticed

The parents can't see Lily at all

Tom happily took her out shopping

But in the eyes of others

Tom had no one with him.

He kept talking to himself

Tom grew up as an introvert and eccentric

People have been used to this for a long time

It didn't bother them too much

She missed her mother

She would sneak home to visit from time to time

Her mother drank all day to kill her sorrow

Lili was unable to discourage and comfort her

She could only stay by her side in silence

She often sat up all night long

How she wanted to talk to her mother

She didn't know what she had chosen at that time

Was it right or wrong?

She once asked Tom

Would she rather live one day as a human being

Tom did not hesitate to choose the former

Because if even the closest family members

Can't even see you

Then even if you exist

Yes, what is the meaning of her existence?

Late at night on the street

Lily dressed in a white dress

She began to use her special identity

To punish evil and promote good

Lily has never killed a bad person by mistake

Because only the most bad people

A middle-aged man and Lili with a mountain

Looked at the other man's eyes with evil intentions

Lily did not hesitate to follow him back home

When she arrived home

The man was eager to start undressing

Lily expressionlessly took out a spoon

She finished him off with a flourish

She was convinced that her existence

is a divine plan

sent by God to punish the bad guys

In the days that followed

A number of men were killed in the town.

The police investigated for days without a clue

Because according to the surveillance

All of these victims died suddenly and violently

There was no one else around.

Tom went to the bathroom.

Give the phone to Lily for safekeeping

Lily saw the wallpaper on the phone and suddenly froze.

The man on the wallpaper is Tom's father

Last night Lily was hit on by him

In a fit of rage, he killed him

Looking at the picture, Lily was in conflict

A man who is so evil inside

How could he raise such a single-hearted Tom?

Lily did not tell Tom the truth

Because in her heart

There is only good and evil, not right and wrong

Besides, she could never be wrong

With the passage of time

The fragments of memory in Lily's mind

Looking at the familiar surroundings

Everything that once was slowly came back to her

She didn't die in an accident.

It was a homicide.

Lily's father was an alcoholic.

He was often violent with her and her daughter.

He hit her again.

The young Lily was terrified and hid in her bedroom

Her violent father chased her to the bedroom door

He yelled at her to come out.

She obediently came to the door

But the moment she opened the door

A stick suddenly came at her face

The father was actually trying to break down the door

But he hurt Lily by mistake

The hypocritical and selfish father

And he was acting weird at the funeral

Pretending to be sad, pretending not to know

She didn't dare to tell the truth

She spent her days drinking away her sorrows

Partly because she misses her dead daughter

But more than that, she wanted to numb herself.

When she found out the truth, Lily was furious.

The father went out to wash the car

The car drove slowly into the car wash

By the time the car came out

The father inside had stopped breathing

Lily watched all this coldly

She felt so relaxed and happy

Because from now on

She no longer had any ties in this world

As for her mother

Let her live forever in guilt and remorse

This film is a fantasy and suspense film

They say that in the world

There is no parent who does not love their children

But people seem to forget

Some people don't deserve to be parents at all

Otherwise, Lily would not be in such a situation

I'll see you next time.

This article was published by the #author at #Time on the #website name, if in doubt, please contact us.
本文链接：https://www.toomic.com/movie/105.html