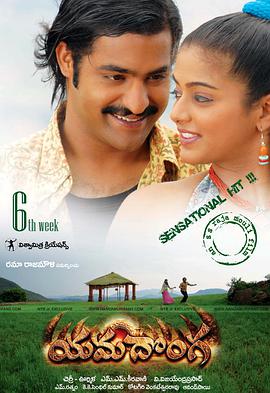 After the thief was killed

Came to the Heavenly Palace.

Queued up for the trial of King of Hell

Thought that this time to bury the mountain mountain.

Unexpectedly King of Hell went out to fall in love.

He accidentally got the King of Hell's divine whip.

Carrying the King of Hell's hammer

Himself as the king of hell

Immediately give the heaven when the slave mortals.

Eat, drink and bounce until dawn.

What thief would be so powerful?

We must start from the beginning.

The thief's name is Wai.

Working a job is impossible.

Could only barely get by by stealing.

A girl of the same age, Xiao Yi, is also an orphan.

When she was very young, she got a piece of jade pendant illuminated by the idol.

Legend has it that a prince will come to her rescue on a horse.

The wooden horse is also a horse

Pulled her away from the broken wooden horse.

Xiao Yi then took Wei as her true love

Unfortunately, they were separated.

12 years have passed since then

A Wei in the style of cool piece

has made a qualitative leap

This is also a friendly appearance of the tiger

He and his partner performed a show

The audience took gold and silver jewelry to him to change

As a result, all the treasures were swept away

And the piece of jade

For 12 years, this magical jade pendant

Has always been with Wei

Wei and his accomplices took the treasure

To go to the boss to share the dirt

The fraudulent activity was sponsored by the female boss

The boss woman took out the instrument to calculate

After deducting the venue fee of 100,000 for the magic show

A Wei took out the woman boss's device to recalculate

Forget it, it is better to put the device back

This is even worse

He gave it to a dancer

If his daughter-in-law could not find the dress

He had to lie on the board

As long as he stole the clothes back

He will give a million dollars reward

Took off a million dollars worth of clothes from the dancer

Threw it out of the window

Unexpectedly it fell into the hands of a girl

The girl was caught by the bad guy

Her clothes were torn

She quickly changed her clothes and continued to escape

But still fell into the hands of the bad guys

Thanks to A Wei arrived in time

First, the girl into the hole to drill out

Right into an iron ball

A Wei lifted the iron ball girl to join the battle

Another wave of big bad guys down

Finally he also into the iron ball

But the girl was dragged away by a garbage truck

Driving in the back of the crazy violation

And the girl's iron ball is no more, no less

So legendary to save the girl safely back home

This girl has the right to inherit a billion dollars

It turns out that after the death of her rich grandfather

She became the slave of her aunt and uncle

She was subjected to all kinds of torture every day

In order to deprive her of her inheritance rights

Sold her to robbers

That's how Wei was rescued by chance

What Wei didn't expect was

This girl is his childhood girlfriend Xiao Yi

And the pendant that was lost and found

Wei helped the boss to steal back the clothes

The boss also kept his promise

Promised to give him one million rupees

Unfortunately, the boss died suddenly when he was signing

All that was missing was the final signature

How could he not be desperate?

To ride on his head to give him some color

He told him to go and assassinate Ah Wei

Wei took out his knife

He was about to strike at S.

I didn't realize that my soul was out of the body

The messenger of the Underworld took Wei's soul with him

To report to the Kingdom of Heaven

Along the way, the ghosts' eyes were strange

If they enter hell, they will be doomed to die

That's why he was recruited up to receive punishment

He was furious at that time

Wei accidentally got the King of Hell's Hell Whip

Put on the armor and carry the hammer

He cursed and said

I'm going to give you a one-on-one fight

A hammer directly thrown over

That S damage is similar to Indian missiles

But it was shattered by Wei's hammer

He has the whip of hell who he is afraid of

The king of hell to steal but also useless

A Wei sleeps with his arms every day

You two kings of hell

Why not have a fair competition

You have been slaves for many years

If he becomes the king of hell

Everyone can get the same treatment

To get support, Ah Wei

Won the support of the majority of voters

While the real King of Hell said

My God it's disgusting

He was going to steal the magic rope

But accidentally pulled the woman's clothes

This is a problem

Saying that the former King of Hell was nasty and snobbish

Finally all mortals voted for Wei

But the King of Hell only had one vote

The host announced that from now on

The real King of Hell couldn't stand it anymore

The tiger does not have the power you think I am a sick cat?

He is the real king of hell

Wei should turn back into a little poor thing

The King of Hell wanted to send Wei to hell

If there are no sins, how can he go to hell?

So according to the rules of the Heavenly Court

Wei was sent back to earth

His aunt, uncle and other relatives

Love Xiao Yi, who was being tortured mercilessly

At the critical moment Wei wielded the whip

Tough to teach these shameless men a lesson

This is how these people deal with Xiao Yi

To teach these people a lesson

A Wei also let them carry out touch your sister game

That is, beat each other up for the fun of it

This should be considered Wei's sin, right?

Unfortunately, there is still no record in the Book of Life and Death

So Wei did this

It's not a sin to avenge Xiao Yi

Disguised as a female boss

He walked with a demon burning pace

He planned to seduce Ah Wei with a beauty trick

To destroy the relationship between Ah Wei and Xiao Yi

As long as they are separated

Wei commits the sin of abandoning his wife and child

To the female boss's unsolicited embrace

He taught him a hard lesson

One plan failed and another one was made

They can't get married in the near future

And they couldn't talk for a week

She kept pressing on

What man can stand such a test

Finally, they danced together

All kinds of entanglement

And all this was photographed as evidence

But Xiao Yi was convinced

Wei is not that kind of person

But King Yan had a more ruthless trick

He said that Xiao Yi was worth a lot of money

He would protect her well

Do you really want to be with me for money?

But he didn't stop there

So that he can inherit a fortune.

On the way, he knocked Wei off the mountain

The King of Hell also threw down a rope

Wei rolled down the cliff

Smashed on the stone steps, nothing happened

The King of Hell's rope can not catch Wei

Because this is a temple

The King of Hell dressed as a lady boss

He said he would take Wei to a tertiary hospital

The only way to stay here is to be safe

He didn't want to live forever

He just wanted to save Xiao Yi from his suffering

Unfortunately, there was nothing the King of Hell could do

He was not a hard-hearted man

He was willing to give Wei another 300 years of life

But once the rope is used

There is no turning back

A group of fighters came to the temple

Wei rolled up the bell block and opened the door

He just waved and the enemies fell down

They were all hung from the tree

Throw them in front of the fighters

Don't look at him, he was seriously wounded

One person can fight ten people with no problem

When he fell into the water

Absorb the essence of the sun and moon

Even more open hang up an uncontrollable

After one wave of operation

Dozens of fighters all dead

The rope did not take him away

But the others were taken away

S hand threw Xiao Yi to the ground with a pile

The magical pendant flew to the big tree

S hand and A Wei began the final contest

As long as there are electric fans

There will be a hanging thing to happen

Wei was pinned to the tree and hit continuously

His turn to fight back only needs a lump

And then the opponent's whole body shakes

But still grabbed a piece of wood.

Slash in a leaping slash of A Wei

But there is still a shot to be fired

God lit up the pendant.

Also blocked the rope of life.

I admire and admire.

No scars at all.

The movie is called "Godly Thief

I'm not afraid to go to heaven and earth

The King of Hell trembles when he sees it

This article was published by the #author at #Time on the #website name, if in doubt, please contact us.
本文链接：https://www.toomic.com/movie/155.html