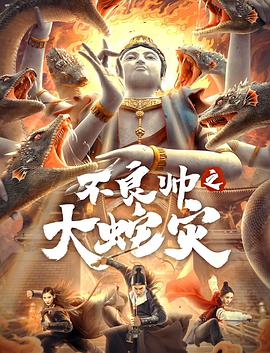 This man is not simple

The clay Bodhisattva came to life

Directly grabbed the tail of the big snake

At this time in Chang'an City

The emperor was seriously ill

Recently, there were rumors of an invasion of snake demons

So the city began to hold a festival

The emperor arrested the undesirables in the city

All of them were beheaded for public display

The left minister of the dynasty was in control

While the emperor was bedridden

He was in charge of all the affairs of the court

A clay Bodhisattva was erected in Chang'an City

The people put their hands on the clay statue

The clay statue pierced their fingers to extract fresh snow

With a command from the left minister

The subjects kneeled and worshipped

The Minister of the Left turned the magic material

Only a green light flashed

What did the king wish for? Thank you.

Only a green light flashed

At once the thunder was loud and the clouds were thick

If the shadow of something existing in the swimming

A closer look is a hundred meters big snake

The whole body is covered with spikes

There were also fish stations on both sides of the head

There were also fins on both sides of the head

To the emperor scared shivering

Big snake through the clay sculpture

Straight towards the emperor

In the nick of time

The clay figure grabbed the snake

The snake turned its head towards the clay figure and roared

And then slammed into the head

The crowd was scared and frightened

However, an incredible scene appeared

At that moment, the clay figure waved a big hand

Grabbed all of them

With a strong squeeze

The snake was instantly turned into smoke

Seeing this scene in front of him

The emperor hurriedly kneeled down and worshiped

The Bodhisattva showed his spirit

Let my body harden a little

Seeing this, people have to kneel down and worship

But the clay statue left a line

It means that the emperor can not

The emperor should be replaced on the change

Then Uncle Bill ordered the sacrifice of the clay Buddha

The executioner waved a large knife

One person broke free from the rope in the middle

The woman in the lead said it was a conspiracy

He wanted to take the Emperor away

The man saw this

He grabbed the executioner's sword

Join the battle to protect the Emperor

Soon the man in black was in a disadvantageous position

So he stepped forward and asked for help

He said he could trace the identity of the assassin

The man's name is Xiao Shuai

He was an undesirable constable in Chang'an City

The Minister of the Left saw that he was handsome

To prevent him from escaping

He was given a poison to take

If he couldn't bring the assassin back within half a month

he would die of poison

Then Xiao Shuai walked on the street

This place is full of statues of clay Bodhisattvas

It seems that these people are very poisoned

He is a famous blacksmith in Chang'an.

Because of the pattern on the poisoned needle

Only he can make it.

He couldn't see what the other side looked like

It was a very rare Western perfume

Then they went to a youth house

Just see the women lined up

Let Wang smell them one by one

And really let him find it

After getting the clues

At that moment, several bounty hunters

With a clue from Xiao Shuai

Also want to catch the assassin to receive the reward

Xiao Shuai could not stand it

With a wave of his hand

Tore off the skin of the woman's face

It was a disguise

The trick was discovered

The real assassin slipped away from upstairs

Xiao Shuai saw this and went after him

He was eating people in public

Even the child could not stand to see

Then he came near the city gate

The woman threw a poison needle

The guards fell under the illusion

To the small handsome hacking

The woman took the opportunity to escape

After relieving the guard's illusion

Xiaoshuai returned to the youth house again to investigate the situation

He came to the woman's room

Under the bed, he found a map to Mud Village

It seems that the assassin may be there

Time is of the essence

Xiaoshuai went to the cliffside

Finally we arrived at the village of Mudpuppy

There are mud statues all over the place

People were kneeling and worshipping the statue

They don't care about others

The pedestrians on the street are like walking corpses

At this moment, Xiao Shuai wanted to inquire about a person

He didn't want to pay any money

With the sound of drums

The man came to the basement with a lantern

Xiaoshuai followed him all the way

To the depths of the organization

They carried lanterns and dressed in uniform

Then Xiao Shuai dressed up and blended into the crowd

Xiao Shuai pushed a concealed weapon against her from behind

It turns out that the woman's name is Xiao Mei

After she learned about the conspiracy of the Mudblood Cult

She wanted to save Chang'an City

The raw materials are laced with toxic substances

She came here to find the antidote

As she was talking.

Two men in black appeared on the stage

They smelled something first

According to Xiao Mei, it was the antidote

Then the men in black began to sacrifice

Xiao Shuai was afraid of revealing his identity, so he did as he was told

Then he was caught in the illusion

Xiaoshuai came to his senses from the illusion

The man in black saw the intruder

And Xiao Mei has long escaped

During the fight between them

So he wasn't lying

Zuo Xiang really has a problem

The men in black followed Xiaoshuai and his men

They were forced to the edge of the cliff

Xiao Shuai and the two had to jump into the river

That's how they escaped the pursuit

And then proudly took out the antidote

It turns out that in the course of the fight

from the man in black

Then the two went on the road together

He took Xiaoshuai back to his tribe

Helped him to cure the poison

On the way, Xiao Mei opened up her heart

She told him about her life

Back then, there were many wars in the border tribe

He unified all the tribes

But due to the rules of the tribe

The peace-loving people were all slaughtered

They set up camp here.

But now Orochi began to be afraid of the territory of the Tang Dynasty.

So they created the Mudra religion

At that time in Chang'an City

Hand tearing the snake is also an illusion

But before they could walk for a while.

They met again with Boqi's men

Both sides started to fight at the first word

A whip will be two people down

The moment of crisis.

He fainted on the spot

The two were about to be caught back

The man in red was holding a spear

One man was knocked down with one blow

Then he stabbed another one through

When Little Marshal woke up again

The poison in his body has been resolved

Have you seen the eight-handed clay Bodhisattva?

It is said that a snake demon appeared in Chang'an City

He tore the snake on the spot

Half a year ago, Venerable Oki visited the left minister of the dynasty.

He claimed that mud bodhisattva could keep the Tang Dynasty safe and sound.

He hoped that the Minister would help him to promote it

After receiving the Emperor's approval

Ministers who opposed the religion disappeared from the court

At this time, an undesirable person reported

He said he had found evidence that Boqi had kidnapped the ministers of the court.

But at that time, the left minister, under the spell of Boqi

All the undesirable people were sent to the heavenly prison

The Minister realized that something was wrong.

Finally found the secret in the clay sculpture

But it was too late.

Boqi led his clan to slaughter the Zuo's residence.

The Minister was seriously wounded and fled.

And Boqi disguised himself as the Left Minister

When he escaped from the court

and befriended Xiao Mei and others

Now the emperor is being deceived by the traitors

The people in Chang'an are living in a state of chaos.

If we don't stop Boqi.

The Tang Dynasty will fall.

The Minister of the Left asked Xiao Shuai to help him.

Kill him and save the people of Chang'an.

And when Marshal thought of what he had suffered in the Heavenly Prison.

It was all because of Minister Zuo.

The Minister knelt down and apologized.

The Marshal did not want to start a war

And told Xiaoshuai that they would leave for Chang'an City in the morning.

But Xiaoshuai's mind was made up

He didn't want to be with them

On the way, he found that Boqi's men had found the fortress.

When Marshal returned to the fortress.

There were corpses all over the place.

He quickly drew his sword to help.

In a matter of two blows, all of them were eliminated

The left minister was seriously wounded and died soon

From the mouth of Minister Zuo

Xiao Mei and the others had already left for Chang'an

Time is running out

Xiaoshuai rode to Chang'an in the night

At this time, a second memorial service was being held in Chang'an

The emperor was in a state of decay

He went to attend the ceremony

Xiaoshuai blended into the crowd

The emperor was compelled

He personally went to sacrifice

The clay Bodhisattva spoke up

The Emperor is immoral

The Li family abdicated the throne

The wise minister became the emperor

But before he could finish

Xiao Mei used the antidote to break the illusion in time

After taking out a few guards

The two of them went straight to Boqi

As the saying goes, there is strength in numbers.

But they did not have the upper hand

Then the Left Minister revealed his true face

Then he turned the magic material

There was a flash of green light

A huge stone monster came out from outside the city walls

Soon it started to attack the crowd

He knew it was all an illusion

He thought to himself that it was all an illusion

Xiaoshuai broke the illusion with perseverance

At that moment, Oki was concentrating on the monster.

A slash cut through the magic material

The monster disappeared with it.

When he saw that the situation was over.

So he started to brainwash Shuai.

Little did he know that after all this

His beliefs were very strong.

You're just a pawn of the court.

No one cares about you.

Chang'an cares about me.

The bad guys are back on the job.

Xiao Shuai has made a great achievement.

The emperor made him the bad guy.

At this time, Chang'an City was back to its

This article was published by the #author at #Time on the #website name, if in doubt, please contact us.
本文链接：https://www.toomic.com/movie/158.html