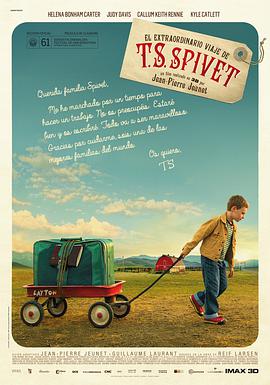 Today is the award ceremony for this boy.

It was an invention that shocked the world.

The professor under the stage

Everyone looked at the boy with approval.

But after the boy gave his acceptance speech

But slowly said a paragraph.

The boy's name is David

Lives in a remote ranch

It's a beautiful place.

Dad was a cowboy.

Every day imagines himself running in the western prairie.

There are all kinds of animal specimens in the room.

Mom is a doctor of biology.

But apart from research

Not very good at it.

David has a younger brother.

The brother is a shrunken version of his father.

Has the same passion for cowboys.

Likes to point his gun at anything that moves.

Only put the cowboy hat on the brother's head.

But he inherited his mom's brilliant brain

Is a little scientist

The only normal person in the family

Is the sister who wants to be a beauty queen

No one had yet succeeded in developing a perpetual motion machine.

He was also inspired.

He decided to complete the challenge.

Little did David know that he would succeed at once.

The Smithsonian officers told him

He had won our prestigious Baird Award.

The officer invited him to come and receive the award

And to make a speech about the award.

But the Smithsonian was too far away.

David thought about it.

I can't come to receive the award.

That day David and his brother came to play in the barn.

But then his brother's gun suddenly jammed.

David watched as his brother was blown away.

He never came back.

The death of his brother

The death of his brother quieted the family.

They don't talk about his brother.

Life seemed to go back to the way it was before.

He was the one who killed his brother

And because of that, his mom and dad

They didn't love him as much.

Every time he rode in the car

It should be my brother in the car, not me

The brother who can hit the coyote

The useless guy on the ranch.

He took his mother's diary with him.

He was going to Washington to receive his award.

Maybe he'll be needed there more.

On the way, Dad drove by.

But he didn't stop.

The boy painted the signal red

So that he could stop the train

Then he climbed on the train

And began to travel alone

David was very happy on the way.

He spoke to the sun

Looking at the scenery through binoculars

Imagining that his brother was around

Accompanying him on his adventures

The next day the train stopped at the station

The conductor checked as usual

In order not to be discovered

David hid in the caravan.

But the sound of the door closing

Still attracted the attention of a conductor

Disguised as a mannequin stand

To deceive the conductor

The train continued to move

David hadn't eaten anything all day and night.

He was now very hungry

He wanted to eat the model on the table

So when the train stopped for the second time

Ready to go to the hot dog store just seen

But he didn't get very far.

The grandfather called himself Two Clouds

He lives in the train car.

They took him to the carriage

The two of them talked for a long time

Can you buy me a hot dog?

David took the money given by the two clouds

He went to the hot dog store on the roadside

Finally he got the hot dog he wanted to buy

At that moment, two policemen with

They asked the owner about the situation

and put it on the hot dog cart.

David saw this and left in a panic

Mom and Dad were anxiously answering the phone

His sister was also pleading with him to come home

He was afraid to call home

He was afraid it wasn't what he thought it was

Afraid that no one would care that he was gone

I'm not a carefree wanderer

Just a 10 year old who ran away from home

He opened his mother's diary.

It contained all kinds of research data on insects.

The diary was more about

The experiences of the three brothers growing up

Mom loved them more than she thought

And she was not as strong as she thought

She would wake up her brother every morning

But every time, she would leave in silence

It was always customary to make an extra breakfast

By the time David finished reading his diary

It was already dawn.

He finally arrived at his destination.

He set out lightly with a few essentials on his back.

On the way, he met a policeman.

The policeman knew right away

David was a runaway kid.

He was going to take him back to the police station.

What do you want?

Do you still want to jump?

The boy was chased to the dam.

There was no way out.

The road behind was also blocked.

In order not to be caught back home

Grabbed the railing on the other side of the dam

He managed to climb to the other side

But his ribs were bruised

The compass was also broken

Walking alone on the road

Ready to hitchhike to the Smithsonian.

A truck driver gave him a ride.

When he got out of the van

The driver said to David

I don't know what you're looking for

But don't forget one thing

The road is under your feet.

David thanked him and left.

He finally made it to the Smithsonian

It wasn't until David told her about the principle of perpetual motion.

She then believed that David was the genius he was before.

She saw a business opportunity in David.

She was ready to package him as a

At the award ceremony

Everyone smiled and wished David well

But none of the smiling faces were genuine

Everyone wore a mask of fake smile

After the opening speech

David came on stage to give his speech

Talking about his gratitude

Talking about his success

Talking about his brother.

My brother is dead.

He shot himself dead in the barn.

I helped hold the butt of the gun

That's a scar he'll carry with him for the rest of his life.

The people on stage were moved.

One man even stared at David.

He couldn't calm down for a long time.

It was his mother, who also came to the ceremony.

To participate in the most watched show

The TV station wanted to be more topical.

They rarely asked questions about the perpetual motion machine.

The exact cause of his brother's death.

He looked at his mom.

But the mother said

Give that gun to the kids as a gift.

Or let the two kids play with the gun alone in the barn.

And that's not wrong?

It's not your fault that your brother died.

It was just an accident.

It wasn't that his parents didn't love him anymore.

It was that he had closed himself off.

He ignored the show he was recording.

He left the set with his mother.

The host saw this and followed him out

Stopping them in their tracks

So Dad was here too.

Been waiting for them outside.

David jumped on dad's back

Asked the question he had always wanted to ask.

Why didn't you stop when you saw me on the road that day?

I was just packing that day.

I really didn't see you.

He took away his dad's cowboy hat

and put it on his own head.

The family returned to the ranch together.

Life was the same as before

But between the families

And a new member.

Well that's it for today.

This article was published by the #author at #Time on the #website name, if in doubt, please contact us.
本文链接：https://www.toomic.com/movie/317.html