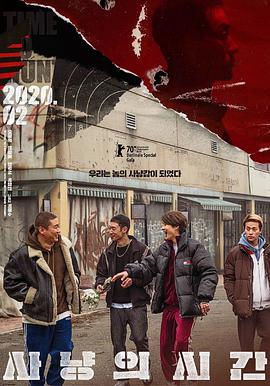 These four men are going to become grand thieves

Relief for their own lives

There are also a few people who have taken pictures and released harsh words for this purpose.

If they fail, they will squat in a fence

They first came to the blocking site near the stepping point

with cell phones to take pictures of the location of each monitor.

And use the identity of the old four to understand

There are 6 security guards inside the casino.

There are monitors on the first to third floors.

So several people discussed and decided.

Go through the roof of the unsupervised building next door

Then use the exterior escape ladder.

Enter the warehouse, just one door away from the barricaded courtyard.

Facing the door of the warehouse

This time it was their target, the small vault.

But if the vault's alarm is triggered by touching

the gangsters would come.

So they also tested the

The time from the gang to the market casino

Thus determining that they only had 5 minutes to commit the crime.

Everything is ready, just need to take advantage of the device.

Xiao Shuai found Huo who he met in prison before.

But I did not expect his library of things so awesome.

Choose the guy thing and you can go.

The law can not control the place is more terrible

But the newborn cattle malfeasance they simply did not care

In the night several people drove to the plug field near

Faced with a small vault across the door

Xiao Shuai and the others hesitated

They first took control of the security and hostages

But the inexperienced they

Did not have the first time to control the vault people

The button was pressed in advance

The gangsters heard the report and immediately gathered their men

Rushing towards the direction of the blockade

Knocked out the disobedient man

Then under his threat

The woman obediently opened the safe

At this time the gangsters also arrived

Several people got into the car without any danger

Just when everyone was celebrating

Luckily, it was just a joke by Lao-san

A few punks were forced to make a living

They robbed the underground casino.

But the other side sent a top killer named Han

In order to prevent the people of the blockade from suspecting

And Xiaoshuai three go to the second home for a while

But they didn't know

Don't put your life on the line for this

Although the righteous Brother Fire was also afraid

But he helped Shuai to hide it

Are you threatening me?

I have a backer too.

You think you can threaten me?

You can be safe and sound?

But the next moment Han came back.

And Xiao Shuai sensed that something was wrong.

Tell Lao Si to be more careful too

Once you find out something is wrong, run away.

Lao Si tried to ask for information from his colleagues

But found everyone looking at him strangely

He was still being watched

Lao Si escaped on the pretext of going to the toilet

But when he turned around, he found Han in the corner

Can't sleep at night, Xiao Shuai came to the bar

The familiar bell rang nearby

Bad things have been revealed

Rushing to pay the money

They were heavily armed

And Han, who was hiding in the shadows, kept them in suspense.

Just as they were about to leave the basement

Han showed up and shot the third man driving the car

Han then pointed the gun at Xiao Shuai's head

I'll give you one chance.

Run as far away as you can

Don't let me down

But can he succeed?

From one city to another

He found an emergency clinic to dress the wounds of Lao-san.

Decided to leave again in the morning

By chance, he looked out the window and found Han's figure

He hurriedly woke up Lao Er and Lao San

Then they escaped from the other side

While they were waiting for the elevator

Han found out their intention

A top killer was after the three punks

The lucky trio eluded the killer

But the next moment they found that the stolen car

was a police car

That's when the killer called.

I'll spare your life. It's worthwhile and fun.

But why do you do this to us?

I want nothing. I have what I want.

Then why are you after us?

Now that we've started, of course we have to end it.

No matter where you are

There is no escape

Then Xiao Shuai and the others fled to the port

The earliest they could get there was the early morning.

They first hid in a nearby abandoned warehouse

At that time, the big back at the funeral received a message

That the murderer of his brother

was choosing weapons in their store

Big Back wanted to take care of the murderer himself.

So he told his men not to act rashly

On the other hand, Lao Er's parents just arrived at the door

Then Lao Er received a call from his mother

Don't worry, be careful on the road.

Mom, stay there and I'll be right back.

The more his mother said so, the more worried he was.

Lao Er took his weapon and prepared to go home.

He ran into Xiao Shuai downstairs.

He did not say why

They said goodbye to each other

But in their hearts, they knew that this time might be goodbye forever

Xiaoshuai just returned from the wind

He found a car parked downstairs and ran upstairs

But at that moment, Xiaoshuai saw from the broken glass on the ground

Found Han behind him

A dodge into the house

At that moment, Lao-san called out for Xiaoshuai from outside

They found a car but couldn't start it.

Han appeared behind them at that moment

The two men then understood

They had no choice but to meet them head on

Marshal decided it would be better for them to fight separately

Lao-san was the first to fire and suppressed the killer

Despite the danger, he rushed out with his gun

Although courageous, but to no avail

Han shot him dead or alive.

He got up and shot Han in the shoulder.

He took Lao-san and hid in a nearby store

He picked up the gun on the ground

At this moment, he was fearless.

As calm as a wolf.

But facing the level of Korean killers.

Still a little too young

Just when Han was about to kill Xiao Shuai

The big back had arrived

They were driven to the edge.

He suspected that Han was not dead.

Sure enough, the man who asked for information told Marshal

that he was still alive.

Somehow, he hadn't been shot

Sending off the big back

Little Marshal understood at this moment.

Want to remove the nightmare from your heart.

Still have to face it bravely.

Even if it means death, he will finish him off himself.

This article was published by the #author at #Time on the #website name, if in doubt, please contact us.
本文链接：https://www.toomic.com/movie/53.html