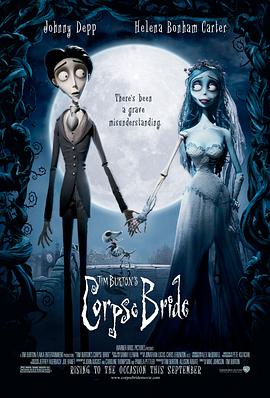 The boy is practicing his wedding vows in the woods

When the feelings are strong

He casually put his wedding ring on a tree branch

Unexpectedly, the branch began to move

It grabbed the boy's hand in a firm grip

The boy tried his best to break free

But then the ground started to loosen up

A zombie in a wedding dress crawled out of the ground

She lifted her veil

She whispered "I Do" to the boy

This zombie is trying to marry the boy's rhythm ah

The boy didn't want to do that

He has a lovely fiancée waiting for him

He ran towards the city with his legs wide open

But how can a man outrun a ghost?

Soon he was caught up by the zombie

Just as the zombie bride was about to kiss the boy

The boy was so scared that he passed out

When he opened his eyes again

He had been taken to the underworld

The skeletons here were very enthusiastic

They came to congratulate them on their happy wedding

They also performed a big song and dance show for them

The boy learns the story of the zombie bride.

Before she was born, she was a famous beauty from far and wide

But she fell in love with a poor boy

This was opposed by the whole family.

Karensi, who was unsuccessful in her struggle

decided to take all her savings and elope with her lover

She puts on her mother's wedding dress

She went to the promised place to wait

But her lover didn't show up.

He brutally murdered Calenci and took away her money.

So, heartbroken, she made a vow

She must wait for true love to free her

When she heard the boy's sincere vow

She was convinced that he was her true love

But all of this is actually an oddity

The boy's name was Rokot.

His parents were rich in the town.

At that time, money did not mean status.

And no one respected them.

Wanting to be part of the upper class, Rokot's parents decided

To marry a dowdy aristocrat, the Locke family.

The two children, who had never met before

Both were worried about whether they would like each other.

Until Locke was attracted by Rochette's beautiful piano.

They fell in love at first sight.

They both fell in love.

But after all, it was their first marriage.

Rochette had a lot of problems.

First, he forgot his vows.

Then he almost set his mother-in-law's dress on fire

The priest was furious.

He said that Rokot had to be completely ready before the wedding.

Frustrated by this, Rochette went to the countryside to practice.

And then by mistake, he met Calensi.

He didn't have any vows in his head.

He just wanted to get the hell out of here.

He took advantage of the fact that Calenci wasn't looking.

He tried to find a way to escape.

But no matter how hard he tried

But no matter how hard he tried, he couldn't escape from Calenci's grasp.

Rokot saw that Calenci had no intention of harming him.

So he decided to take a different approach

He offered to go home with Calenci.

To meet his parents.

He took Rokot to a priest in the underworld.

Together with Rokot, they came to earth.

After not being on earth for a long time, Calenci was very excited.

She danced in the moonlight.

But Rokot had no intention of going to his parents.

He tricked Calenci to wait where she was.

He went to Locke to explain what had happened in the past few days.

Just as they were about to kiss.

Calensi, who was worried, came looking for him.

She saw Locke and realized she'd been tricked.

She then recited a spell

and took Rocke back to the underworld by force.

When she returned to the Underworld, Calenci cried out in anguish.

She asked Rokot why he had lied to her.

He made it clear that he did not want to marry her.

Once again, she was disappointed.

Locke, who knew the truth.

immediately told her mother what had happened to Rokot.

She suggested that we all save Rokot.

Not only did her mother not support her

She even locked her in the house.

Desperate to save her, Locke had to escape through a window.

She went to the priest for help.

But the priest sent her back as a psycho.

Poor Locke was locked up again.

Her parents also betrothed her to another wealthy count.

On the other side of the Underworld

The two sat down at the piano

They played a beautiful tune together.

Suddenly the hall started to get busy.

It turned out that a newcomer had arrived in the Underworld

Rokot saw that it was an old acquaintance of his

He asked about the situation in the world of the living.

The boy was heartbroken

He changed his mind.

He was willing to stay in the underworld and marry Calenci.

But the price was to drink a cup of poisoned wine

So that the ghosts and humans are not different

After learning this news

The ghosts came to earth in great numbers.

She followed the procession to the church.

But the one who was getting married

But it was the one she'd been thinking about.

Watching him this time

Finally said his vows in full

But the bride was not herself

Just as Rokot was about to drink the poisoned wine in his hand.

She was once a bride too

But her dream had been taken away from her.

Now she doesn't want to be the one to take it away.

She called Locke to the stage

Putting Rocke's and Locke's hands together

She wanted to make this couple in love.

At that moment, the Count suddenly appeared.

He claimed that Locke was his wife.

And he wanted to take Locke away.

At that moment, Calenci was frozen.

She recognized the man in front of her

The Count was the one who had cheated on her.

He was the one who had cheated on her and killed her.

Now he was trying to do the same thing again.

First he cheated Locke out of his dowry.

And then murder Locke.

The Count sees that the plot has been foiled.

He took Locke as a hostage and demanded to leave the place.

Angry, Locke and the Count fought.

In the middle of the fight

Those kids couldn't hurt the living though

But now the Count

The ghosts can finally judge this evil man

When the dust settles.

Rokot and Locke, two people in love, were finally together.

And Calenci's obsessions were laid to rest.

She went out into the moonlight

She turned into a gorgeous butterfly.

I think this is probably the best place for Calenci.

This article was published by the #author at #Time on the #website name, if in doubt, please contact us.
本文链接：https://www.toomic.com/movie/398.html