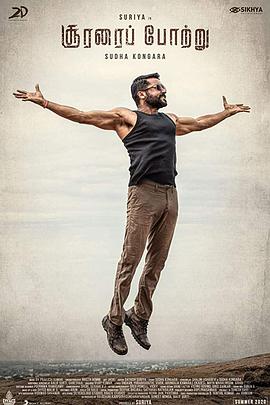 for a business class ticket

For a chance to meet an airline giant

Because he had a dream

Low-cost airline that everyone can enjoy

Lao Jia rejected him at once

He would not let the poor fly with the rich

This will only lower the rank of the airline

After saying that, the capricious Jia directly ordered the plane to return

This aroused his interest

Mara took Lao Bai with him

He came to a small restaurant nearby for pizza

Old Bai was disgusted by the environment

and said if you are hungry

We can go to the next five-star hotel

Mara asked him to try the pizza here

The moment the old white man ate the pizza

He was surprised at Mara and told him

The same pizza here is only 20 rupees

In a five-star hotel with a fancy name

It would cost 200 hundred rupees

If you skip the meal service on the plane

One plane can fly 6 times a day

Increase your flying time to 18 hours

It's hard not to make money

Old White, who was stuck in his ways, froze.

He gave Mara a chance

When someone asked where the plane was coming from

To keep costs down

He would not choose to buy a plane

Not to use a used one

Instead, he chose to use rented

Because after the Twin Towers attack

American Airlines has been in the red

It could be leased at a low price

That's it, Old White and other shareholders were moved

But it took six months for the funds to arrive

This man was once a student of his father

He found out that Mara was buying for the poor

So he happily lent him the money

Next, all that was needed was to get a license

You can start an airline

But Mara waited for two months

Finally he got the leader.

Arranged to give the approval the next day

The assistant said the leader took a week off

How long do I have to wait for this?

The assistant told him

Someone waited 20 years to get a license

As an ordinary farmer

So he decided to find another way.

Mara met with reporters at the airport

So he posed as a member of his entourage

Followed the reporter to the president

But the last time he got through his credentials, he got stuck.

Mara was not willing to give up halfway

He shouted from inside

He wanted to run a low-cost airline.

This caught the attention of the president

Why was Mara obsessed with running an airline?

Mara used to be a fighter pilot

But because he was poor and couldn't afford a plane ticket

He had to choose other means of transportation

When he returned home

His critically ill father didn't see him for the last time

Mara had a big fight with his father as a child

After running away from home

But he never thought that this parting would be forever

Before his father died, he was looking forward to seeing him one last time

This became the regret of Mara's life

In the midst of his pain

He had a bold idea

It was to make airplanes available to ordinary people

But the ideal was rich

The reality is very hard

24 banks refused to lend to Mara

The president was touched by his story

So Mara got his license.

But he didn't have time to be happy

He got a bolt from the blue

Let them show the blueprints of the Boeing aircraft

Otherwise, they would detain their aircraft.

It was obvious that the leader had embarrassed him

He immediately confronted the leader

The leader told him to go home and herd his sheep

But accidentally learned a shocking news

Everyone is controlled by Lao Jie

Just because Mara wanted to start a low-cost airline

So Jai sent Bai to pretend to support his plan

He asked him to invest 45 million rupees.

Those American planes were already leased to Jah.

Looking at the planes outside

With millions of dollars of debt

Mara was at a low point

His wife encouraged him

He blew his wife away

One day a little sparrow came into the house

Although the sparrow was small

But it can fly freely in the air

For one rupee, all poor people can afford it

Just go for it

So he didn't see his father one last time.

In a fit of rage, he wanted to start a low-cost airline.

He first approached a

He first approached a propeller plane company about a partnership

Then he and his colleagues designed a flight path

They flew mainly to small towns and villages

The next step was to register the company.

His wife told him

You always say you want to do something big

So just do it

After Deccan Air was established

Just when Mara was worried about this

Some had to sell their land, some took their old capital

They hoped that Mara's airline would start

to change their lives.

These small airports were built in the British era

For postal and diplomatic travel

It was a blind spot for the big boys of aviation

Farmers could just call and book their tickets

Old Jia found out and was still pressuring Mara

He didn't hesitate to spend three times the price

Mara could only recruit a few retired military pilots

And the civilian ones are 61.

They can fly for another four years.

In a battle of wits with capital

had its first test flight

Everything went smoothly during the flight

But right at the landing

They did not prepare much fuel for the test flight

And the colonel at the base was his instructor when he was in service.

The instructor hated him when he was in the service

But to his surprise

He fought the strongest without hesitation

The colonel not only released Mara without permission

and paid him a fine

On the day of Deccan Air launch

The Minister of Aviation also came to support Mara

and personally boarded their first plane.

The Indian guy wanted to start a low-cost airline

The veteran pilot was also overwhelmed

directly into action himself

To solve the crisis

However, after the plane stopped

The minister was very disappointed with Mara

The airport was also surrounded by journalists

The question of whether a rupee can buy a human life

were all over the place

Mara also lost the trust of the people

Headlines that continue to dominate

No doubt there is a capital operation behind the scenes

However, when Mara was repairing the plane

The problem was soon discovered

Lao Jia instructed him to do the tampering secretly

In order to give Mara another serious blow

He broke down and shouted from the roof

There were more people on this opportunity

to buy his company

The partners were eager

So much money, enough to feed and clothe them for the next life

But once again, Mara confirmed his dream

To do this, Mara found a country radio station

And began a passionate speech

"The rich want the poor to remain poor

They claimed that electricity was only for the rich

Fifty years ago they said the same thing about cars

How old are they to decide

Because no one else should enjoy this but them

It takes us days to get from one place to another

But the rich people

If we were on a level with them

After hearing this, Lao Jah made a point of going on the show

"I have a question for Lao Jai about security

If there is an accident

Can he guarantee three times the safety of first class passengers

But let me assure you

The Deccan pilots are flying fighter jets for the Indian Air Force.

Who can fly safer than them?"

"That's why we are afraid of Mara entering the aviation industry

He brings a lot of these dangers"

To protect the safety of his aircraft

To bring his family along for the ride

In order to keep Lao Jia from buying someone to tamper

Mara was guarding the plane for three days and nights

However, when Deccan Air made its maiden flight again

There were no other passengers except Mara and his family

Mara had been preparing for this moment for three years

But in the end, no one supported him.

Mara lost his soul and hugged his daughter

Accompanied by his wife, he left together

The man of iron and steel was once again in tears

He looked at the plane in front of him

Recalling all the suppression of the old Jia

He had never failed once

But this time he really had to give up

Suddenly his colleague rushed to the airport panting

The system had just crashed

But couldn't confirm the area in this regard

Resulting in thousands of passengers

could not board the plane successfully

But other operating flights were 100% full

The people on the plane were seated in costume

They were all grateful for the Marathi's feat

A mother's tears filled her heart with pride for her son.

She was holding a portrait of Mara's father.

I'm sure his father in heaven

He would be proud of him too.

Mara finally realized his dream of becoming a low-cost airline.

Even Jia, who had always opposed him, called.

He wanted a piece of the action.

"You don't own the sky anymore, you're a scumbag."

This movie is based on real events

succeeded in getting ordinary people

to get on a cheap flight

And that's the end of the film's heroic hymn

Indian movies have shocked me again

This article was published by the #author at #Time on the #website name, if in doubt, please contact us.
本文链接：https://www.toomic.com/movie/421.html