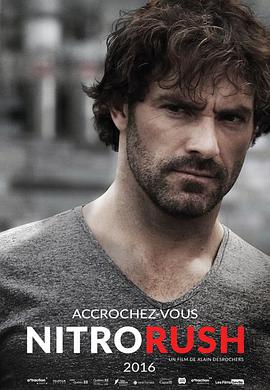 A couple of burly men with flesh on their faces and bruises.

Give him a lesson with a sharp knife.

But they messed with the wrong guy.

Saw him knock one over with a basketball in his hand.

Killed another with lightning speed.

Then he easily knocked down all the criminals.

Who knew there was no fear of death to engage in sneak attacks.

The men immediately got ruthless and just folded up each other's arms.

He is the king of this prison old horse

The first day he reported to the prison, the whole prison was turned upside down.

Even the prison guards would shudder at the sight of him.

Born as a special soldier, he is proficient in fighting skills of various countries.

Good at using all kinds of guns and ammunition

Laying plans is a breeze.

A few years ago to earn money for his wife's medical treatment.

As a result, he was sentenced to jail.

Even so, he was not able to save his wife.

His only son, Teddy, blamed him for this.

He did not take the responsibility of being a father.

Caused Teddy to study poorly as a child.

Went astray and became a hacker.

This is the eternal pain in the heart of the old horse.

This afternoon, Sister Kim, the leader of the Secret Service, found him.

Asked him to help get a piece of information from the bald man.

The bald man was a criminal who did nothing wrong

Did organ trading and internet fraud before he went to prison

It is not yet officially on the market and must be stopped as soon as possible.

Do not want to get into trouble

Until Jin told him

His son Teddy had joined the bald man's criminal gang.

He's been arrested for hacking.

As long as Old Ma can complete his mission successfully

She will help Teddy clear his name

So Old Ma had to agree

With just a towel, he takes down one of his men.

Then he covered the bald man with a towel

He swung his fist and punched him hard

Beat him blood flowing instantly fell to the ground

Dare to touch his son, you are tired of living

At that moment, the man who was knocked out woke up

Another henchman was about to go up to him

But he was knocked out by a kick from Lao Ma

He pressed his fingers into the man's eyes

He clamped his legs around his neck

Old Ma knocked him down with a sharp kick

Another man woke up and grabbed Lao Ma's hair

Dragged him to the side

The bald man was scared and trembling

Just want to run away old horse raised the dagger

Nail his palm directly to the table

Hold the guards ready to escape from prison

The warden did not want to get killed, but obediently open the door

He ran all the way to the upper balcony

He threw a towel on the wire fence

Then he leapt over the fence

He took the guard's gun and car and left.

Then he went next door to the old man's house

looking for his son Teddy.

Although the old man did not approve of his actions

But he hid him in the garage for a while.

Thinking about what he owed his son all these years, Ma was heartbroken.

If there was any other choice, he would not have left his young son behind.

The next day the old man brought food

It's because the two people closest to him are not around

And that he was being bullied at school.

The old man took the old horse to a house

He told him that Teddy was there.

It wasn't long before he saw Teddy.

He followed him around and found him hanging out with the big sister of the gang.

The big sister is a henchman of Baldhead

The two went into the villa and Ma followed them.

He tried to enter the house to find his son

But he was taken away by one of his men

He had no choice but to go off the beaten track

Old Ma climbed over the fence to find his son

I did not expect the big sister look calm

It turns out that when she recruited Teddy

She had investigated his family's identity

Knowing that the old horse is special forces

The big sister told him that if he did this favor.

She let Teddy and him resume their relationship

The old horse was immediately energized

Besides, he could at least protect Teddy's safety by staying.

A sweet talk Teddy gave in

Then the big sister came to the old horse

Ask him to develop a battle plan as soon as possible

The formula of the new drug

But the two men are old and cautious

The formula was hidden by them in a remote forest

They had installed sensor systems around it.

Once someone comes close, they will be discovered

The only way to get in is from mid-air.

It wasn't difficult at all.

Every day he trained them in climbing techniques.

Everyone had to undergo rigorous physical training

In the process, the old horse and Teddy's father-son relationship has eased a lot

But the two did not know

Secretly spying on them every day

And Big Sister, in order to ensure that the operation is foolproof

To ensure that the operation is safe, Big Sister intends to further involve Old Ma

Wearing a veil to the old horse's room

She wanted to use her beauty to subdue the tough guy

Instead, he felt that the big sister was a bit disgusting

Little did they know that this operation

Teddy in the next room was watching

Began to regret their actions

The next day the group was fully prepared

In a modified pickup truck

They were heading towards their destination in a big way.

As we were making our way through the forest

So he was told to stay in the car

Ah Qiang was not convinced and just wanted to fight

He was hit by a heavy punch from Old Ma

Seeing that the two were about to fight

A strong can only admit to stay where they are

Teddy slipped and almost fell off and set off the alarm

Luckily, Old Ma pulled him back

To the inside of the laboratory to go

At this time, the East Evil and the West Evil were playing games in another room

Unaware that someone had infiltrated the lab

He asked him to copy the data transferred by Big Sister

Unexpectedly, he was told that Big Sister had changed the password of the netbook

She wanted to keep the formula for herself

Big sister does not want to act a trick

Insist on waiting until all data transmission is completed

When everyone rushed out of the laboratory

East Evil and West Evil have blocked the door

Luckily, Ah Qiang, the unlucky one

The group immediately hid in the car and accelerated forward

Riding a beach motorcycle towards the pickup truck shooting wildly

Luckily, the car has been modified bulletproof

We were not injured

Then a leap to the top of the pickup truck

Towards the sunroof crazy output

This move is really a bear

Almost killed all of us

Good at the last moment the pickup truck dodged in time

came to the road

Instantly threw the East Evil West Evil into the sky

The ruthless East Evil and West Evil would not give up

They found the phone Teddy dropped

According to the address on it killed the past

On the other hand, Keung, who was afraid of the world's chaos

To the old man's forest hut for a while

Then he called the bald man on the video phone

He told the big sister to give up the password

I didn't know that she had the intention to defect

Keung saw this and pointed the gun at Teddy

I didn't realize that Big Sister has more lovers than Piglet

He will give up the password if he kills Big Sister

While the group was in the middle of the river

East Evil and West Evil came and killed them

The two of them were shooting wildly with submachine guns

They shot the whole house into a sieve

Fearing that they were not all dead

Old Ma saw this and told the others to evacuate

East Evil broke into the door

But both wore bulletproof vests and were unharmed

Old Ma leapt to try to make up for the knife

but was overturned by the East Evil a move

West Evil took the opportunity to make up for it

Old Ma tried to fight back with his gun, but he was held by West Poison

Smashed hard on the windshield of the car

At that moment, East Evil and Big Sister were also in a fight

Although she is a woman, but the fight is fierce

Just when Big Sister was about to be killed by him

The wound is too serious fainted to the ground

It turned out that everything was agreed upon

They successfully infiltrated the crime syndicate

Teddy also forgave his father and they made up.

This story has a lot of sloppy places.

There are also many holes in the logic.

But despite this, the movie has fight scenes.

All the action is clean and neat, without a trace of dragging

Those who like action movies can explore the original movie.

That's it for today's movie

This article was published by the #author at #Time on the #website name, if in doubt, please contact us.
本文链接：https://www.toomic.com/movie/121.html