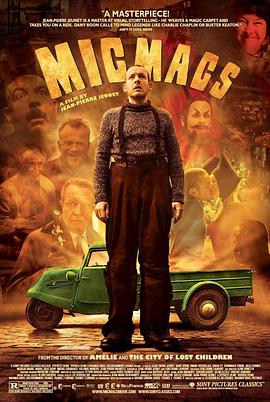 How would you like to be a destitute drifter

If he wants to take down a powerful arms dealer

The Game of Thrones

will tell you the answer.

The story begins with Shui's father, who is a soldier

Unfortunately, he was killed in the desert while de-mining.

From then on, Shui's life is full of misfortune

Without the protection of his parents

He was often punished by the teacher in front of the whole class.

One day, he escaped to the school by hiding in the truck.

Since then, he has been completely orphaned.

The root of all his misfortunes

This is the one that took his father's life.

The mine with the shield marker

Worked in a record rental store.

Had time to watch movies.

It was a great time.

That night there was a fierce gun battle outside.

As a result, the gun fell to the ground and fired a shot.

It hit him right in the head.

He immediately fell down.

But he was lucky to be alive.

In the hospital, the doctor was worried.

Should we take out the bullet in Ah Shui's head or not?

But if not, he could die at any time

and a long scar, he was discharged from the hospital

However, when he returned home, he realized

Not only did he lose his family's fortune

He was also fired by the store owner

After that, Ah Shui became homeless and lived on the streets

During the day, he earned a little money by selling in the subway

Sleeping in the sand at night

Covered with cardboard boxes, he could barely get by

Although life was difficult

But Ah Shui continues to smile at life

Perhaps the foolish man is blessed with foolishness

That day, Ah Shui met a man of honor

A homeless man with a big beard

He picked Ah Shui up and brought him home

This is a magical place

Inside is a cozy little home made of broken iron

The seven people living inside are all skilled

For example, the eye girl

A glance can accurately tell your three circumference

And this little black guy is a language genius

Idioms and hysterics are easy to say

Shorty is a Guinness record breaker

The man who has broken all the bones in his body

And a soft girl who can fold herself into any shape

They were once vagrants

Picked up by a kind, fat lady

Now they make a living by recycling junk

Once the fat aunt made her decision

One day when Ah Shui was out collecting garbage

He saw two arms marks that he would never forget

One was a shield logo

The other was the symbol of a sword

The bullets they produced are still in his head

He had found two enemies at once

From the bulletin board, he saw the face of the boss

This man's name is Zhen Bullets

He directly asked people to carry Ah Shui out

After that, Ah Shui slipped into the mine company again

The boss, Thunder Tiger, was giving a speech on stage with great pride

They were proud of the weapons they made to kill people

Shui was gnashing his teeth as he listened

At this moment he decided to take revenge

At night, Ah Shui climbed up to the roof of Thunder Tiger's house

He put down the wire from the smoke meat

So the next day he disguised himself as a mall model

It turned out that there were three armed men

They wanted to buy some weapons from Lei Tigers to stage a coup.

He was happy to have the business.

But he said he would think about it.

The soft girl saw him

She went back and told Aunt Fatty

Fat Aunt is a righteous person

She volunteered to help Shui

The others also agreed

The next day we started to act

First, they stole the drugs from the local gangsters

Then we went to the airport

The drugs were stuffed into the pockets of the militants

Then the soft girl cowered in the box

Cut the leash of the police dog

And Shorty teases the dogs with bacon

Leads them to the militants

So the militants were arrested

After that, Ah Shui pretended to be a cleaning lady

They came to the office of Yan Bullets

But unexpectedly caused the other side of the alarm

Zhen Bullets was relieved to open the computer

It turns out that this Zhen Bullets has a big mouth

Likes to collect the body parts of famous people

On the day of the deal, Shorty punctured a tire

And Shui came to the hotel beforehand

And the black boy rushed to top

By the time Kai Bullets arrived

There is no reason to refuse business at the door

In the evening, the black guy posed as a militant again

He called Tiger Lei and told him the same thing.

The next day the two arms dealers' men

Both brought samples to the train station

And the bearded man and the dwarf played a trick

They unwittingly stole their samples

The two men stared at each other

Both thought that the other was playing a trick

I'm going to work with tiger Lei, I'm not going to play with you

After that he called tiger Lei again

He said your people ran away with the samples.

I'm going to buy weapons from Zhen Bullets, not to do business with you

When they were provoked, they called each other to tear each other down

Thunder Tiger said you are too much

You stole the fingers and bones of a certain king

Zhen Bullets said you are shameless

Sleeping with the wife of so-and-so Prime Minister

At night, the soft girl spiked the coffee

Knocked out the security guard

The next day Thunder Tiger saw

His precious luxury cars were smashed into scrap metal

Furious, he naturally gave a note to the quivering bullet

After that, the soft girl shrunk into the delivery box

Infiltrated into the home of Zhen Bullets

Through the smoked meat above

When he returned home, Zhen Bullets saw it

He was so angry that he scolded Lei Tiger

Ah Shui and the others tried again and again

This time they were going to steal Lei's gun site

But there was a river between them

So they put together a human cannon field

However, they used recycled scrap.

As a result, the dwarf was shot straight up into the sky

In order to cooperate with the opposite hornet operation

They hurriedly put Ah Shui into the barrel of the cannon

This time it was successfully fired

While a group of people were distracted by the hornets

After that several people threw the arms into the river

On the other side of the river, Thunder Tiger was furious

He decided to give Kai Bullets a good show

So he found a female cleaner from the other company

He tampered with the machine.

The unsuspecting operator started the machine as usual and filled it with explosives.

After that, he went to work with the girl.

And the machine is constantly malfunctioning

Although no one was killed or injured in this accident

But Yan's ammunition factory was ruined.

She could only hide

And then three armed men also broke in

They thought it was Lei Huo who got himself caught

So they planned to take care of him

But these guys didn't do anything easy

They had to play Russian roulette

As a result, they were killed by another group while playing

It turns out that the first bullet's men have arrived

And at that time, Ah Shui on the roof

Heard the sound of gunfire from the smoke brine

Thought that the soft girl had an accident

So he broke the glass and broke in

The result was caught in the act

Since the two arms dealers had seen Ah Shui before

They quickly realized that Ah Shui was trying to sow dissension

Then the soft girl came out of the refrigerator

Called the others to rescue him

The others were also very helpful

They rushed out and stopped one of their men

Then they blocked the other side's men on the suspension bridge

Then they used a giant magnet

But Tiger Lei and Donnie Yen were trapped in the car

Their watches were firmly sucked into the hand cast

And got a kiss from a soft girl

After the two arms dealers were put on the sack

The sound of a roaring plane came to their ears

After a bumpy ride and heard the sound of sheep

A local man pulled the safety pin of a grenade

Stuffed into the mouth of the screened bullet

Then he placed an activated mine at the foot of the tiger.

He then placed an activated mine at Thunder Tiger's feet.

In front of them were two prepared pits

And a group of local women

They were holding pictures of family members who had been killed by the mine.

At this point, the two arms dealers got scared.

They confessed their mistakes and begged for forgiveness.

They confessed and begged for forgiveness.

They said all the crimes they had committed in their lives

Talking about the two revealed each other

They also started to fight and both fell down

But the grenades and mines did not explode

And the group of Arabs took off their hoods

It was Shui and them

Including the sound of the sheep

They were all created by Ah Shui and the others

And this is not a desert

It is obviously a construction site of the earth pit

But at this point it was too late to regret

Their confession process has been filmed

Viewers have liked, followed and retweeted

Thunder Tiger was sent to jail

And Zhen Bullets fled to a small border country

A water and soft girl smoothly together

And the black boy wrote a novel about this experience

The small home in the junkyard is still warm and happy.

The battle between a few homeless people and an arms dealer

The collision with the element of joy

Punishing evil with goodness and greatness.

This movie shows a happy ending that everyone likes to see.

However, in the picture

children injured by the fires of mines and others.

Reality is not a simple and easy laugh

Well that's it for this edition of the story

What do you have to say?

This article was published by the #author at #Time on the #website name, if in doubt, please contact us.
本文链接：https://www.toomic.com/movie/132.html