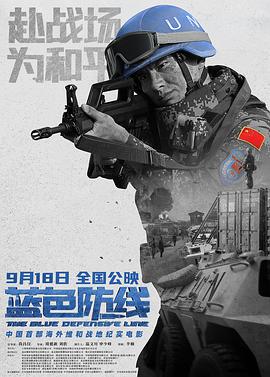 This is a real war of the moment

Civil war broke out in South Sudan because of unrest

Caused a lot of casualties

40% of the population faces an existential crisis

Most of them are innocent civilians

The international community is very concerned about this

From the humanitarian point of view

other countries should lend a helping hand in time

So at the 70th session of the UN General Assembly

China made a clear commitment

To build an 8,000-strong peacekeeping force

To go to the battlefield of South Sudan in batches

This is an honorable but dangerous mission

For the rescue team

South Sudan is the closest place in the world to death

Wang Zhen, the company commander, called his daughter-in-law to tell her he was going on a mission.

On the other end, he received a long silence.

(She said how long will it take?)

(I said I think it will take more than a year)

When she heard this, she stopped talking.

Before the departure of the instructor Lu Chengjun

His elementary school son pulled him out and asked him a question.

(He pulled me aside and asked me a question)

All the soldiers and their families knew in their hearts

What was in store for them was probably life and death.

（"The test of life and death)

(Never simulated on this exercise field)

They were the second group to arrive in this African country.

A total of 700 soldiers and officers

They'll be in South Sudan for a year of peacekeeping.

South Sudan has both government and anti-government forces.

The main purpose of the peacekeeping force is

To protect the local population and the refugees in the camps.

Not to be biased towards either side

The Chinese infantry is also taking on the role of

the responsibility of protecting the UN camps

When they came off the post, they were covered in heat rash.

Because they are at the outermost part of the camp

So basically every day you can hear gunfire

(as long as people are okay)

The situation in the refugee camp

The situation in the camp is much more complicated than the peacekeepers expected.

A little friction between two children

Can lead to thousands of people armed fighting

All these things need to be handled by the peacekeeping forces

Put down your weapons

Otherwise we will have to shoot

Peacekeepers also have to conduct occasional

Often they will meet with local troops.

The level of danger can be imagined

(Not to mention the fight)

And peacekeeping troops have an important principle

Only when equipment and personnel are under mortal threat

They can only use force if their equipment and personnel are under mortal threat.

（If we are attacked)

(We will fire back)

The most wounded in war.

It is always the children who are the most innocent.

The children of South Sudan are in dire straits.

They have no clothes to wear.

They are often bitten by mosquitoes and insects

and even contract serious diseases as a result

Chinese peacekeepers will carry some medicine with them

To give those children simple treatment

For them, going to school is a luxury.

(I don't understand a word you're saying)

One morning a group of children marched down the road.

The reason was that the government had closed down a local elementary school.

Despite the difficult conditions and the war

But the children often had smiles on their faces.

They treat these soldiers from China as their close friends

That's why the peacekeepers are here.

to bring even a little bit of stability and peace to the refugees here.

However, despite the international aid and pressure

It has even intensified

The war is spreading rapidly

Even to the peacekeeping troops

Outside the UN camps where they are stationed

Fierce firefights are taking place in full view of soldiers

A pickup truck of the government forces

They shot at the broken hut for four or five minutes.

The whole hut was smashed to pieces.

The real war is much more brutal than we can imagine.

（"Where do you feel the enemy is?)

（"Directly towards that place)

（"Raise the gun with both hands)

（"Shoot directly at that place)

Are still standing by around the camp

Although the infantrymen were very vigilant

But guns have no eyes

Death came unexpectedly in the midst of the battle

This is the day the battle broke out

The fourth fierce exchange of fire

A black line flew over the soldier's head

Then came the walkie-talkie.

And then the news came over the intercom that made everyone's heart skip a beat.

One of our unit's infantry fighting vehicles

was hit by a rocket.

As the temperature of the vehicle rises.

If there is an explosion inside

At least the surrounding area must be no one alive

Soldiers rushed into the car with fire extinguishers and risked their lives.

Military doctors rushed to the vicinity

All efforts to treat the wounded

The soldier was lying in the ditch and could not move.

A comrade was seriously wounded.

The other soldiers were stone-faced

It's hard to get over the shock of what just happened

They said there was a comrade named Yang Shupeng

He was badly injured.

After scrambling to save his life

Still couldn't pull him back

The other comrades who fought alongside him were devastated

A man of iron and steel

But what was even more heartbreaking

was to bring the sad news to the families of the fallen soldiers.

(Yiming, you have a good father)

The bodies of martyrs Li Lei and Yang Shupeng are being transferred.

The UN is in charge.

Comrades proposed to leave a little time no matter what

In South Sudan there are no flowers to buy

We had to make two bouquets of flowers.

The violence in South Sudan's capital has worsened.

The international community has gradually lost confidence in the truce.

Many countries are evacuating with their citizens

(As long as we don't receive any evacuation orders)

(Not a single person said to leave the place)

Among the five permanent members of the UN so far

countries that have contributed the most

The heroes have left

But peacekeeping operations are far from over

The blue helmets under the red flag

will continue to shine in this war-torn land

Blue Line of Defense is not a conventional war film

But it is more shocking than many war movies

It is shocked by the realism that comes over you

In addition to the real war scenes with real bullets

And the real emotions filled with tears

It is said that cinema is the art of dreaming

But hardcore documentaries like this one have the power to hit the heart directly.

So we can relate to it.

I hope this kind of fiction-free and special effects-free

can appear in our Chinese cinemas more and more often

This article was published by the #author at #Time on the #website name, if in doubt, please contact us.
本文链接：https://www.toomic.com/movie/343.html