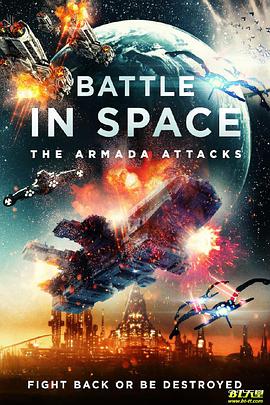 The dimension of thought leaps to the 25th century.

Humanity has flourished in the galaxy.

It is also possible to visit different planets.

It is also possible to string between different planets

If you have the power, you can also have a lot of trouble.

Looking at humans so dejected

The aliens who have been trying to conquer humans are restless.

They used to live in another dimension.

With the help of space wizards using unscientific means

Under the oppression of long-term slavery

Some human activists took to the streets to cause trouble.

And a group of brave warriors from different planets.

Specifically against the attack of aliens

An invincible fleet was organized to fight against them.

Today I bring you a space science fiction film series

Welcome to come to the comments section to say after watching

Human life is in shambles and collapse

The number of missing children is countless

The space mage is still doing brainwashing philosophical education on all human planets through his so-called magic.

Police officer Shuai was in front of a grocery store

He was approached by a poor man who had lost his son.

The poor man said he was willing to pay money if Shuai would help him.

In this modern dazzling life, there are no righteous policemen

There are only street thugs

Before leaving, he also gave the boss a chocolate

Told him he was looking for a child and a messenger

But his words are not as good as money

Xiao Shuai gave the fat man a piece of currency

Changed the name of a person "Jane" that might be helpful

While hugging and talking, Shuai took the fat man's cigarettes

Then Xiao Shuai came to an abandoned warehouse store

Unlocked the door and came in to take a look around

woke up the fat woman in the house

She is the Jane Xiao Shuai is looking for

Xiao Shuai is good at this

He knew that Jane didn't welcome him

First, he took the initiative to hand him a pack of cigarettes to make him feel good

After the boss is satisfied

Xiao Shuai can naturally carry out his work

In a short time, he found the little boy hiding behind the coat rack

Suddenly, another man appeared in the house, the scarred man

The scarred man shouted that the boy was his prey

The two argued when Jane shot to stop

It turned out that Jane had contacted

People on the street were scared and rushed home for shelter.

After the ship landed, the aliens entered the abandoned store.

The three people in the house were so scared that they couldn't even breathe.

When he reached the door, the scarred man who was not afraid of death stopped the long nose

wanted to offer the boy his own reward

After the aliens left, Xiaoshuai picked up the energy bomb dropped by Scarab on the ground

Inexplicably a force was born

Faced with the long nose full of provocative meaning

A stranglehold of the little handsome's neck

After seeing Xiaoshuai run away

After the long nose was destroyed

His two followers shot at Little Marshal with guns

Little Marshal knew that his death was near, and he was in a state of despair.

Just at this critical moment

Fatty appeared to save his life

For the heroic performance of Little Marshal

Fatty also gave a thumbs up

He returned the lighter he had taken before

returned it to Little Marshal and left

The scene shifted to the planet Hermes

While the head thief was contacting the organization

Trying to get the gun on the ground

But before he could get the gun

The helmet man came over

Trying to stall for time to reach for the gun again

A thousand hooks in a moment

After Zhang was put down

Take the gun on the ground and throw it to Zhang

At this point the damage is not much insulting very strong

It's on this planet.

After getting it, he can exchange it for 100 million bounty

And the power of the crystal is beyond the grasp of ordinary people.

But in the end, he was convinced by Zhang's skillful tongue.

came to a secret base

While he was locking the door, Xiao Ma did not tell Zhang

After this is done, Zhang is the sentry and Xiao Ma is responsible for going in to get the crystal

Got the crystal of the pony to enjoy it endlessly

But at this time, the pony stared at the crystal like a demon and did not move

He was discovered, and while he was fighting with the helmeted soldier, he shouted at Xiao Ma

But Xiao Ma was more skillful.

One after another, he took care of all the head robbers

Not leaving any room for Zhang to play

Under the cover of the pony, the two of them soon ran out of the base

Rushing to the jungle to avoid the chain of pursuit

Shortly after, the two flew the ship back to the planet Virak.

After returning, Xiao Ma trustingly handed the crystal to Zhang

He told him that it was best to keep it and not sell it.

Xiao Ma asked Zhang to go home and bring some food, he first went to the ship to wait for him

But when he got home, Zhang casually put the crystal box on the table

The old Zhang suddenly realized that something was wrong

When he went out to look for the pony

Sure enough, people and spaceships are gone

What will be the fate of the old Zhang next?

Where did Xiao Ma go with the crystal?

But there is no response from the astronauts.

He went to check the communication station equipment.

In front of him were cut wires and a fallen satellite tower.

Xiao looked around and found

Walking to the equipment failure spit blood and fainted

Who knew that the old Xiao on Mars woke up

In the sun's endless light

Remembering the beautiful picture with his wife

But soon there were all kinds of quarrelsome voices

The news of his partner's murder came from Xiao's device

After walking forward and seeing the body of his partner

All kinds of confusing images and sounds in his mind intertwined

When the headache exploded, Xiao suddenly woke up from the base

Crazy and out of control

His wife, Omi, was also devastated

Woke up to see the surveillance

Knock on the valve of the hands

Already covered with blood when Dami came over

My companion explained to Dami

In order to avoid the old Xiao out and kill again

We can all go home safely

Xiao must be locked up

No matter how much Dami objected, it was useless

After the companion dragged Dami away

Once again, Xiao was locked up in the dark

The scene shifts to the planet Perth again

He offered to take over the operating lever

White to the co-pilot to assist in the operation

Just breathed a sigh of relief

His mind was filled with his father's spiritual encouragement to him

The amnesiac Li asks Bai who he is

He was injured by the alien invasion probe

The amnesiac Lee panicked when he saw White without the sensor

White hurriedly explained that he was originally 100% pure human

And we have known each other for a long time

Until White took out the anthropomorphic detector

Lee reluctantly believed and quiet down

Bai asked Li how much he remembered

Lee confessed that his father had always appeared in his mind

and his childhood shadow

But Bai said that they had hacked into your system

You have no father at all

You were raised by your aunt

What is this ah Li simply ignore these first

It was just a small ship in a vast universe.

Suddenly a bright light came and Lee closed the window.

But at that moment, Bai

But at that moment, Bai was in a corner of the ghostly

Lee saw a hint of information on the cloud map

After noticing that something was wrong with White behind him

Li pretended not to know and continued to work

White with a stun gun sneak attack when

Lee was quick to stop

When the two of them argued

A call from friendly forces came from the ship

But White said that Lee's system had been hacked by them

He had to break free.

When Lee was in a dilemma

The shadow of his father in his mind came back again

So Lee foolishly believed the friendly forces and killed White

The words from the friendly forces

Lee then realized that something was wrong, but it was too late

Then the scene goes back to the planet Calanthe.

Captain Hana had fainted from his wounds during the mission.

For a while, he was trapped in the memories of a child.

He was the only one who survived the accident.

The doctor is still keeping quiet about the death of his mother and brother.

Suddenly, Hana is swept back to reality.

Just as the enemy planes were about to come.

But just as she flew out of the clouds, she hit an even bigger enemy plane.

Caught in a heavy siege

She took out her favorite phone and smashed it

Took the lives of his mother and brother

It turned out that the brother's seemingly boring ancestral spell

Press the button of the game machine

Perhaps the brother gave himself the power

Hana ship's protection capacity is still less than 12%, but he still insisted on going forward

With the belief of a fight, did Hana succeed?

The battle against the aliens is still going on.

Different planets are making different choices and struggling in their own way.

There is obedience and resistance.

All in all, the movie itself probably wants to convey

is to learn the spirit of resistance, right?

Or to think about the epidemic

And what kind of life would it be

After watching the movie, I can't help but feel

The film's high-tech image processing is really a masterpiece

The movie is made up of several short stories

The intention is to show a multi-planet fight against aliens

But there is no connection between the stories

But I must say that the rendering of the picture

and the story within each short story

Well the above is the video of this issue

We will not see you next time!

This article was published by the #author at #Time on the #website name, if in doubt, please contact us.
本文链接：https://www.toomic.com/movie/165.html