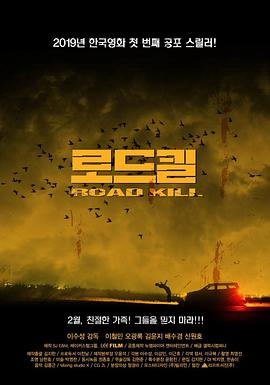 When it comes to real estate developers, we should all hate them to the bone

The story of being killed hundreds of times in the dream

A new real estate project is about to be developed

Ah Biao is still having trouble with the untouched nail households

On the phone, the nailer said in a persuasive tone

It's better not to move this house

He said he didn't do it for money.

Biao was angry and hung up the phone to continue driving.

Biao got out of the car to check

It turned out to be a scarecrow

Biao just continued to drive in the dark

Suddenly a big bird flew towards the car

Biao couldn't dodge the car and drove straight down the hill.

Biao fainted and woke up in the room of a house.

The couple picked up Biao and said, "You've been lying down for two days.

Biao was a bit confused and took his bag to find his cell phone.

He wanted to make a call but found that his phone was out of battery.

After complaining for a while

He asked the couple to borrow the phone.

They said, "I'm from the countryside and I don't have a cell phone.

I do have a landline, but it's been broken for a long time.

Biao said there should be his car nearby

He asked if his savior had seen it.

But his son, Jung Won, shook his head.

Biao reluctantly got up to go out, but his benefactor said.

"You're strong enough to get over this mountain.

Why don't you eat something to fill your stomach?

He said he didn't want to eat.

But his stomach was rumbling with hunger.

His benefactor had prepared a table of kimchi.

Biao gobbled it up.

After the meal, Biao wanted to leave.

The benefactor sends Ah Biao out of the mountain, chatting on the way

We talked about the fact that many unidentified developers in Seoul were interested in this land.

He thought it was worthless in a place where cars couldn't even drive in.

He gave his benefactor a business card and said he could sell the land to him.

At the foot of the hill, they said goodbye.

Biao went around the forest by himself and came back to the same place.

It gave the impression of survival in the wilderness

Then, Biao was dizzy from the sun

He slept by the puddle in the middle of the night, shivering from the cold.

At that moment, his son and daughter came to look for Biao's savior.

Biao, who had become a mud boy in the puddle, was crying for help.

Then he went back to his benefactor's house and his wife dressed his wounds.

In the middle of the night, the benefactor's daughter woke up Biao

She took him to another room and took out a phone from the drawer.

Biao asked, "Didn't your father say the landline was broken?

Why did he lie to me?

The daughter told Biao to keep it a secret.

Then Biao called for help and sent someone to rescue him tomorrow.

He talked to the daughter of the man who saved his life.

She had dropped out of school and wanted to find a job in Seoul.

She asked Biao to introduce her to her.

At this point, Biao's eyes wandered.

He picks up Jung-min's face and is about to give her a kiss.

Suddenly, he heard a cough outside the house.

Biao rushed out of the house.

This Biao case is really not the usual scum

The next morning, the benefactor was going to the field with his children.

His wife was washing clothes.

She told Biao that he could wash his shirt with him.

This shameless man took off his shirt and then

He teased his wife with water

He's a pussy, and he seems to be enjoying it.

At that moment, Jung Won passes by the yard and interrupts their scene.

The sleeping Ah Pyo woke up in a nightmare again.

So he ran into the cabin to make a rescue call.

After the call, he saw the wife of his rescuer taking a bath through the window.

The next day, his wife was just finishing her work in the yard.

The next thing that happened was an indescribable event.

At the critical moment, he saw his son, Jung Won, standing at the door watching the battle.

Zhengyuan was talking to Biao in a sarcastic manner during dinner.

When his benefactor saw this

He even overturned the table to educate his son.

He sat on the doorstep by himself with his cane.

Biao complained that the police hadn't come to rescue him.

At this time, Zhengyuan came over and said he would not tell anyone what he saw.

But he needed some money to do so.

Biao felt that he was being blackmailed and was very angry.

Why did he take you to the pit when he knew it was there?

Why didn't he let you use the phone when he had one at home?

The next thing you need to do is to get out of here.

Biao started to doubt the family.

But Jung Won walked away smugly.

Biao was standing in the woods.

He saw the leftover coffee cups in the car.

So he takes off the bandage on his leg and goes to find the car.

At that moment, his savior came over with a knife and asked him where he was going.

Biao said, "I saw a coffee cup on the ground.

So my car should be nearby

At that moment, the benefactor's eyes changed.

He asked Biao if he had done something wrong and wanted to escape.

Biao denied it and the family paid respects at home in the evening.

His wife cried out in grief.

She asked Biao to go to another room.

She told him she had a way to get out.

But he had to bring himself along.

But she asked for Biao's finger as a token.

She told Biao that there was a school nearby.

After escaping to the school's infirmary.

She asked the doctor there for help.

Is there something you are hiding from me?

Biao rushed forward to coax her, but Jung-min hugged Biao.

This family of women is a real vixen from the mountains.

After Jung-min undressed, Jung-won rushed in with a wooden stick.

He knocked Biao to the ground. What kind of plot is this?

I really don't know what this family is selling in their gourd.

Biao woke up and found himself locked in a small room.

After a night, the door suddenly opens.

Biao, who was pretending to be asleep, suddenly got up and stabbed the person who came in with a knife in his neck.

But when he looked at him, he saw that it was his lover's wife who had saved his life.

Biao's face was covered in blood and he tried to escape.

But he was blocked by Zhengyuan at the door.

So the two fought from the courtyard to the woods

During the chase, Zhengyuan was injured in the head.

Biao was able to run away

Afterwards, Biao washed his face by the creek.

But he didn't know that Jung-min was right behind him.

Jung-min took out his seven heads and stabbed Biao.

But he still didn't get past Biao and that was it.

Probably because he was too tired.

Biao passed out while walking.

When he woke up, he saw his savior working on the mountain

He asked Biao if he had seen his wife

He asked if he had seen his wife and asked why she hadn't come by by mealtime.

Biao picked up the stone in his hand.

The benefactor took a look at the stone and said, "Hey, you're going to hit me!

Then he turned on the chainsaw and the two of them started to fight.

Biao's godlike operation to grab the chainsaw to kill the savior

He fled with great difficulty to the school that Jung-min had mentioned.

When he arrived at the infirmary, he found no one there.

Jung-won came after him with an axe, so Pyo fled back to the woods.

In a panic, he saw the car hidden under the leaves.

Biao opened the trunk of the car when he should have fled.

He took out a baseball bat and went back to school to find Jung Won.

"Come out and fight with me, you little bastard!

Then he went head to head with Jung Won and thought he had killed him with the bat.

Unexpectedly, his savior appears at the same time with a chainsaw and his wife with a knife.

Pyo closed the door to the infirmary, but found

Jung-min was in the room.

When he saw the resume on the wall, he remembered

He remembered that he had hurt a young girl who came to the company for an interview.

After that time, she committed suicide.

And the person who saved his life?

His son Jung Won was a delivery boy.

He was killed when Biao hit him and ran away.

His wife was in debt to Biao's loan shark.

He hanged himself after being insulted by Biao

It turns out that Biao is not only a scum

He is also a beast with broken morals

At this point, Biao kneeled down and apologized one by one.

When four men covered in blood approached him together

Jung Won raised his axe and chopped at Biao

Biao shouted and woke up from the steering wheel

So it was all a dream he had in the car while he was unconscious.

Then Biao was glad to be alive.

At this time, he received a phone call from the nailer's uncle

He begged him not to let him move.

For a moment, Biao might have felt a sense of secrecy.

But then, this kind thought was gone.

Just as he was cursing the other party, a truck passed by

Without hesitation, it knocked Biao out of the way.

This film tells us not to go too far.

The man has done too many bad things, but still does not know how to repent

While he was rushing to do bad things

Finally the hero recognized them and remembered them

In the end, he was killed by karma

Later, when the hero took out the baseball bat from the car, you can find

He was lying on the steering wheel

And the car is covered with rattan, which means that ah time has passed a long time

In addition, the hero can interact with the spirits of his four enemies

That he is also a ghost

At the end he stood on the highway and was hit

But the truck driver could not see him

Can only see a scarecrow

That time also means that he is no longer a person

This article was published by the #author at #Time on the #website name, if in doubt, please contact us.
本文链接：https://www.toomic.com/movie/445.html