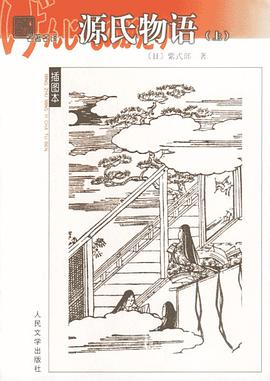 This man wants to confess his love to his stepmother

(I can't stand it anymore)

（"You should know what I'm thinking)

（"Why did you do such a terrible thing?)

The man was in tears after hearing this

The stepmother had no choice

She had to give in to his wishes

They will both be unforgiven sinners

Genji was originally the second son of Emperor Kirigakure

His birth mother, Kirigakure Shiki, was originally the favorite concubine of Emperor Kirigakure

But without the help of relatives

Without his mother's care

She was soon demoted to a vassal

And because of her stunning beauty

She could compete with the sun and the moon

She was also known as the Light Source

Emperor Kirigakure, who was sick with longing

Heard by chance that the fourth daughter of the previous emperor

So he brought her into the palace

She was given the title of barnacle chunomiya

When the seven-year-old Genji first saw her

He cautiously stroked her

From her hair to her shoulders

He also took his hand.

The first time we met with barnacle chunamiya

Genji looked at him as if he were his mother.

He spent his days at her side.

They spent a lot of time together.

The step-son and step-mother were more like childhood friends

But after Genji's first ritual at the age of 12

He also married Aoihime, the daughter of the left minister.

But although Aoihime was beautiful

but her personality was cold

Her habits were moderate

This made Genji miss the thoughtful barnacle Nakamiya more and more.

So, when he was visiting his family

He sneaked into his house in the middle of the night

Confessed to his stepmother

He knew he was wrong to do so.

But when he saw Genji's tearful face

I couldn't bear it

The two of them joined forces to give Kirigakure

Soon after, a son was born

Although it was rumored that the son was Genji's

But the Emperor Kirigakure did not believe it

He named the son Kazuki

Genji also suffered a lot from this incident

But his love for barnacle Nakamiya

He became more and more obsessed with older women

So he went to meet Rokujo Goshisho, the consort of the previous emperor.

(The official name of the Goshisho is wrong)

This made Genji feel very happy.

He stayed by Aoihime's side day after day

But the jealousy of women is terrible

Seeing that Genji had not come for a long time

Mrs. Rokujo was not satisfied that she was just a nameless and faceless person

Mrs. Rokujo's soul came out of her body

She haunted Aoihime day after day

So that she had a painful delivery

Genji sent a magician to perform a magic

but to no avail.

He calmed Aoihime who was sweating profusely.

But the voice of Lady Rokujo came out.

He repelled the creature with three strokes.

Eventually, the baby was born.

But Aoihime died in childbirth

Genji was sad for a while.

This man is too strange Fan

Looking at the young girl in front of him

What a lovely little girl

Genji just took Shikihime away with him

He wanted to raise Shikihime to adulthood

He wanted to raise him to be

His ideal gentle and obedient wife.

But the appearance of Shikihime

and Mrs. Rokujo left everything to go away.

did not let him settle down

Instead, he became even more aggressive in flirting with girls

quite like ten steps to pick up a person

The attitude of not staying behind for a thousand miles

Soon after the death of Emperor Kirigakure

His eldest son, Jujo, was crowned as Emperor Jujo

But the Emperor had no children

He wanted to make Kazuki, the closest of the royal family to him

to be the successor of the Emperor

After all, the Genji family was only a vassal

He was not a member of the royal family.

When he saw Kazuki, the son of the barnacle Nakamiya

The Emperor would have a son of his own.

But although Genji kept saying this

But he never took his eyes off

A drunken Genji at night

He wanted to ask the barnacle Nakaya

But she met Hazuki Night under the wisteria tree.

He forgot the purpose of his visit

He started to talk about his love for the girl

To Hazel Night, I said

Why don't you go to the barnacle Nakamiya

He came to the capital

Under the handsome face of Genji and love words strategy

Every night with Hazuki night to go to Wushan

Genji will leave a fan

His affair was eventually known by the minister

The minister told the Empress Dowager about it

The Empress Dowager was furious

After the funeral of Emperor Kirigakure

Genji will be expelled from Heian-kyo

In order to test the power of the Genji clan

Genji looked at the long hair of the barn.

He knew that the Empress Dowager really wanted to deal with him.

So nightly dream demons can not sleep

Luckily, Shigeki was always there to soothe him.

So that he can breathe for a while

By now Ziji had grown up

She has grown up to be a beautiful woman

Genji knew that if he wanted to save his life.

He could only take the initiative to transfer out of Kyoto

Although it was called a transfer, it was actually an exile.

Genji told Shigeki that during his exile

He told Ziji to protect himself.

Then he left for his exile.

He left Shigeki alone to wait for him.

In the sea, Genji

Every day by all kinds of violent storms

One day, a monk came.

Genji followed the monk to his house

The monk introduced his daughter, Akashihime, to her.

He ran all the way to Akashi-hime

Regretted why he did not flash

But Akashihime is not interested in fame and fortune by nature

Did not want to be part of Genji's harem

Only Akashiji's clothes and socks were left at the scene

She had run away from the river.

There will be a group of people with the same name as him.

Would completely overthrow the emperor's rule

So he didn't even think about revenge

Jumped directly into the river to continue to flirt with girls

Akashi hime see can not resist and resigned to fate

The next day of Genji

Do not mention how happy

In order to ensure that Kazuki could succeed to the throne

The Emperor recalled Genji to assist him

Pulled Ziji to look down on the whole Kyoto

He said he wanted to become an integral part of Kyoto.

Even own the whole Kyoto

Soon after the death of Emperor Jubei

Kazuki reigned and became known as the Cold Spring Emperor

Genji was able to take power as a minister.

He began to build a large number of buildings.

He planned to build four pavilions in spring, summer, autumn and winter

He wanted to give a home to every girl he met

As for the main hall, the Spring Pavilion

was naturally reserved for Shikihime to live

Soon after the four staircases were completed

Genji's women also moved in one after another

The only one that was left unoccupied was the Winter Tower.

He wanted to bring in Akashihime from Suma

Because she gave birth to a beautiful daughter.

The tears in her eyes could not be concealed.

But she smiled and said

She would take care of Akashihime and her daughter.

Soon after, the little princess was sent to Kyoto.

Looking at this child

Although Ziji had a smile on her face

But in fact very cynical

This woman looked at the baby in front of her

Thinking that it was born to her husband with another woman

Can't help but extend her hands to her

The baby's life made the woman hesitate for a moment

Then a faint cry came

Ziji woke up with a start

Finally she seemed to resign herself to her fate

She took the baby into her arms

This time she truly accepted the child

Akashihime's daughter is now in her care

But Genji still continues to be a womanizer

to dozens of people

You should not have to endure anything

She now understood the true nature of Genji

The next day Shigeki found Genji

Only skin-to-skin love has ever existed.

Shigeki ran away after that

Shikiji stayed at the Spring Pavilion day after day

She never went out again

He was going to marry Akashihime's daughter to the Emperor.

She only said that she released all of Genji's carp.

Because she felt that the carp were too poor

The bait and water he used were the best.

How could they be pitiful?

But they have no freedom at all.

Genji did not know how to retort

Ziji then said that when Akashi's daughter entered the palace

She was going to become a monk.

But Genji locked her up.

As a result, Ziji became seriously ill with depression.

The only one who took care of her was Akashi's daughter.

After all these years.

Ziji said she had done many things wrong in her life.

The only thing she did right was to raise her.

After saying that, she died in her daughter's arms

She has not left this loft since then

Genji dismissed all of the royal family

And Akashi's daughter went to the palace and never came back

Genji for all girls

The women around light

Trying everything to make Light love herself more.

But no one can really have this light-like man

Or even Light's first love

Can never really get the tengoku zhonggong.

In the end, you can only watch Light's affair to make people's heart sore.

But unfortunately, this movie emphasizes the life of Genji.

Many women only make a few appearances.

It is still point-to-point kind of thing.

Does not reflect the essence of the book

End of the movie

This article was published by the #author at #Time on the #website name, if in doubt, please contact us.
本文链接：https://www.toomic.com/movie/261.html

上一篇
Love "before I met you" movie commentary copy